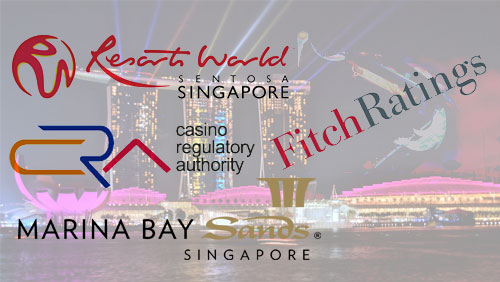 “The casino operators conduct checks to prevent excluded persons or minors from entering the casinos, a spokesman for the CRA told the Strait Times. “Nonetheless, there had been instances where individuals used false or someone else’s identification documents and there were human lapses in detecting such false identification documents.”

Marina Bay Sands was penalized S$122,500 ($94,600) for letting five Singaporean citizens and permanent residents inside the casino without valid entry levies, while another stayed in the casino for more than 24 hours, the maximum time allowed on a daily entry levy.

The operator was also charged with S$75,000 ($58,000) for allowing a former employee, Ma Siu Hong, to enter the casino with the intention of stealing casino chips. Ma, in his mid-20’s, reportedly disguised himself as an elderly man to enter the casino before changing into his old MBS staff uniform to impersonate as a dealer. Ma was caught and sentenced to six months in prison and fined S$5,000 ($3,900) for his transgressions.

Meanwhile, Resorts World Sentosa was fined $20,000 ($15,550) for letting in two minors inside the casino, as well as a permanent resident who didn’t have a valid entry levy.

Despite the drop in VIP gambling in the two Singapore casinos, business analyst Fitch Ratings remained optimistic on the credit profiles of Marina Bay Sands and Genting Singapore, calling the two resorts  as “mature gambling properties” that would able to withstand lower EBITDA margins in the next 12 to 18 months.

According to Fitch, although Genting Singapore’s net gaming revenue fell 21% year on year in 3Q14, the company’s EBITDA margin of 39% was still strong enough to be compared favorably to its numbers last year when it posted a margin of 44%. Likewise, the performance of its hotels, theme parks and retail outlets remained consistent, falling just two percent in 3Q14 compared to its numbers in the same period a year ago.

Meanwhile, Fitch also pointed out that Marina Bay is in a slightly better position during 3Q14 because of Marina Bay “grabbing a larger share of the stable higher-margin mass-market segment.”

Marina Bay’s net gaming revenue dropped 8.7% year on year in 3Q14, not as steep as the one-fifths plunge experienced by its crosstown rival. Similarly, the Las Vegas Sands-owned property saw its non-gaming business perform well, offsetting the decline in revenue to 5% while its EBITDA margin still came in at a robust 47.8%.

The rating agency also expressed confidence that the contraction in VIP gambling is a temporary drought that will improve in the latter part of 2015.

The decline in international visitor arrivals to Singapore has had a strong impact on Singapore’s casinos but it reflected a number of other factors including the slower economic growth, the recent corruption crackdown in China, credit tightening and other events in the region such as the disappearance of Malaysia Airlines flight MH370, the abduction of Chinese visitors in Sabah, and political unrest in Thailand.