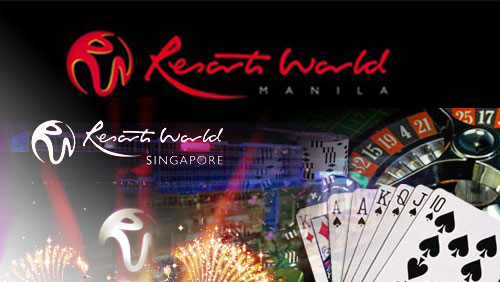 Hokkaido Governor Harumi Takahashi went to Singapore on Monday with the sole objective of learning the ins and outs of running an integrated resort and casino.

Takahashi visited Resorts World Sentosa where she was briefed on how to properly run and manage a casino, including the process of exchanging cash for tokens. She also met with Jerry See, CEO of Singapore’s Casino Regulatory Authority, to discuss the steps taken by the government body in preventing gambling addiction and controlling the number of casino-related crimes in Singapore. Details of that conversation weren’t disclosed but the Kyodo News Agency reported that See was very accommodating of Takahashi’s questions, even pointing out that Singapore has a law that requires its residents to pay casinos SGD$100 as an entrance fee to get inside their gambling joints.

The Hokkaido governor’s fact-finding mission comes at a time when Japan is on the cusp of finally legalizing casinos in the country. Hokkaido has been one of Japan’s prominent locations that has aggressively pushed for a casino to be built in its area.  Governor Takahashi’s trip to Singapore paints a positive picture on Hokkaido’s legitimate interest, which could help in its chances of landing in the good graces of the Diet once the latter begins determining the cities where casinos will be allowed.

The company doesn’t see being the last resort to open in Entertainment City as an impediment, opting to view it as a chance to create something that can put its rivals on notice. “When you’re the last mover, everybody else has opened their hands,” Reilly explained. “It’s like a deck of cards. We’re seeing the best they can do and of course we’re going to come in and do something bigger and better.”

A big part of that confidence comes from the belief that the Philippine gaming market is on the precipice of becoming a major regional player. “We wouldn’t be here today if we never had that confidence and we wouldn’t be planning all of our expansion unless we knew things were ripe, it was the right time and the Philippines was ready to host this kind of sizes of entertainment resource.”

In addition, Travellers also announced its plan to expand Resorts World Manila to cater to the meetings, incentives, conferences and exhibits (MICE) market.  The second phase involves the expansion of the Marriott to include additional rooms and a grand ballroom by the end of 2015. Once it’s completed, the third phase kicks in with the development of a new gaming area, more retail options, an extension of Maxims and the opening of the Hilton Manila and the Sheraton Hotel Manila with a target date of completion by the last quarter of 2017.