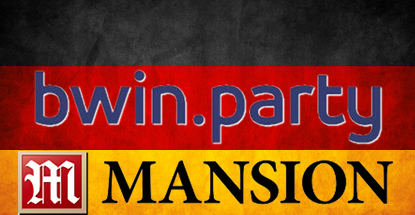 Online gambling operator Bwin.party digital entertainment has warned investors that new European Union rules on value added tax (VAT) could cost the company an extra €15m in 2015. On Jan. 1, the EU imposed new rules regarding the application of VAT to electronically supplied services. Gambling had traditionally been exempt from VAT but that decision has now been left to individual markets.

The UK-listed Bwin.party is based in Gibraltar, where it wasn’t subject to VAT. The new point-of-consumption rules will take a 19% bite out of casino and poker revenues from countries like Germany, which is responsible for over a quarter of Bwin.party’s overall revenue. Bwin.party is one of 20 firms to have been promised a new German online sports betting license, yet those licenses have yet to be formally issued and will not resolve the illegality of the company’s German-facing casino and poker operations.

Bwin.party and GVC Holdings were believed to be among a group of operators preparing to mount a legal challenge of Germany’s imposition of the VAT. There has been some suggestion that operators might decline to pay up until their legal options run out but Bwin.party’s statement on Friday says the company “expects to file for and pay VAT in certain EU Member States.” Any company withholding the VAT would be liable for stiff financial penalties should their challenge fail.

Bwin.party might be forgiven for feeling like 2015 is ganging up on the company. In addition to the new European VAT, Bwin.party’s UK-facing business is also dealing with the new 15% point-of-consumption tax. In America, where Bwin.party’s New Jersey-facing site is the market leader but continues to operate at a loss, the company will likely bleed even more red ink if/when PokerStars finally receives the regulatory nod to open its online doors in the Garden State.

Meanwhile, another Gibraltar-licensed online gambling operator has taken a very different approach to addressing the German VAT introduction. The Playtech-powered Mansion Group announced it was yanking five of its German-facing sites – Casino.com, MansionCasino.com, LesACasino.com, Club777.com and SlotsHeaven.com – from the country effective Feb. 1. Players will still have access to free-play sites, but real-money gambling will be verboten.

Earlier this month, an unidentified Gibraltar-based online gambling site played a central role in the first conviction of a German gambler for playing blackjack with a site not authorized by German authorities. Germany officially allows only online sports betting.