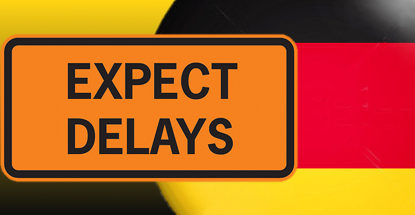 In September, Germany issued its long-delayed betting licenses to 20 lucky operators, but unsuccessful applicants immediately launched a legal challenge. The losers questioned both the legality of the cap on the number of licenses issued as well as the Hesse Ministry of Interior and Sport’s handling of the licensing process, which had been subject to numerous delays and revisions.

On Thursday, the Hesse court sided with the Wiesbaden court, leaving the 20 license recipients no closer to their goal of offering legal sports bets to German punters. The decision was not a great surprise, but it guarantees that the 20 firms will not be in a position to officially launch until Q1 2015 at the earliest. Sven Ivo Brinck, CEO of license recipient Mybet, said his firm looked forward to “a swift judgment by the courts, for the sake of finally establishing legal certainty.”

Certainty is in short supply in German sports betting circles as yet another legal challenge has been referred to the Court of Justice for the European Union (CJEU). Late last month, a Bavarian court referred the Sebat Ince case to the CJEU, asking it to clarify whether it’s possible under Article 56 of the Treaty of the Functioning of the European Union to penalize sports betting operators from taking wagers from German punters given the uncertainty surrounding the regulatory environment.

The district court in Sonthofen has also challenged the awarding of a federal sports betting license to state-owned operator ODDSET. The challenge argues that German law doesn’t permit betting operators to have links with sporting bodies, while ODDSET is partially owned by state lottery organizations, some of which have ties to German sporting federations. The CJEU has been asked to clarify whether this apparent conflict of interest is legal.