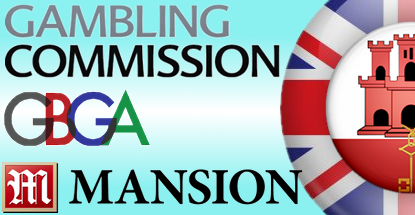 The UK Gambling Commission (UKGC) has asked the country’s High Court to dismiss a Gibraltar-led challenge of the UK’s new gambling regime. Last month, the Gibraltar Betting and Gaming Association (GBGA) asked the High Court to overturn the UK’s new gambling laws, which require all companies marketing to and accepting wagers from UK punters to hold a UKGC-issued license as of Oct. 1. Gibraltar is home to many large UK bookmakers who chose to shift their online operations from the UK due to Gibraltar’s more favorable tax rates.

The GBGA has based its challenge on the notion that the UK’s new gambling laws are less about protecting consumers and more about generating extra tax revenue for the UK government. The GBGA believes this runs contrary to Article 56 of the Treaty on the Functioning of the European Union (TFEU), which prohibits the restriction of free movement of services between member states.

Court documents viewed by eGaming Review say the UK is arguing that Gibraltar has no right to claim protection under the TFEU due to Gibraltar’s position as a non-EU member state. Gibraltar’s government has countered by arguing that its special constitutional status under EU law makes dealings between Gibraltar-based companies and UK punters a matter of inter-EU trade.

Gibraltar’s government has a definite dog in this hunt, as online gambling firms represent a significant chunk of local employment. Gibraltar-licensed operator Mansion, which has applied for a UKGC license, announced this week that it was taking the “proactive move” of transferring some of its operations to Bulgaria. The Gibraltar Chronicle reported that the shift could result in up to 80 redundancies in Mansion’s Gibraltar office.

Mansion CEO Guy Gussarsky said the step – which will also impact Mansion staffers in Israel – was intended to help the company’s operations “work more efficiently … in an increasingly complex legal landscape.” The change would allow Mansion to “continue to focus and invest in new products and technologies, while also countering new pressures from increased regulation and taxation.” Only time will tell if Mansion’s move is to be the first of many from Gibraltar-licensed operators looking to offset the impact of the UK’s new 15% point-of-consumption tax, which kicks in Dec. 1.