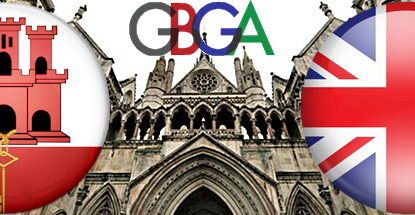 As promised, the Gibraltar Betting and Gaming Association (GBGA) has filed its legal challenge of the UK’s new gambling laws. In papers filed with the High Court this week, the GBGA argues that the changes ushered in by the UK’s Gambling (Licensing and Advertising) Act 2014 are “illegitimate, disproportionate and discriminatory” against online gambling firms licensed in other European Union jurisdictions.

As of Oct. 1, online gambling firms must hold a license issued by the UK Gambling Commission if they wish to promote their services to and accept wagers from UK punters. This threatens to make redundant the licenses issued by regulators in jurisdictions like Gibraltar, currently home to UK bookmakers like Ladbrokes and William Hill, who relocated their online gambling operations in the past decade to enjoy Gibraltar’s more favorable tax rates. That party is coming to an end as the UK also prepares for the Dec. 1 implementation its new 15% online Point of Consumption Tax , which is not part of the Act but is directly related to its provisions.

The GBGA’s challenge of the UK’s new licensing regime hinges on its belief that the Act runs contrary to Article 56 of the Treaty on the Functioning of the European Union (TFEU), which guarantees the right of free movement of services between EU member states. Countries are allowed to put limits on Article 56 but only if such restrictions are intended to protect consumers.

The GBGA says the UK has failed to demonstrate any significant harm that has been inflicted on consumers by Gibraltar-licensed firms. As such, the GBGA has accused the UK government of imposing its new order simply to “grant UK operators a competitive advantage over those from overseas” and to redirect more online gambling revenue into the government’s tax coffers.

GBGA CEO Peter Howitt called the UK government’s failure to listen to Gibraltar’s concerns “extremely disappointing” and ridiculed the Commission’s “laughable” belief that it is better positioned than Gibraltar regulators to protect UK punters. Howitt said the Commission had “neither the resources, the legal power, nor the skills” to function as a global regulator, which Howitt believes exposes the true intent behind the UK government’s position.

A hearing on the GBGA’s complaint had been expected in October or November but, due to the mandated Oct. 1 imposition of the new licensing regime, the GBGA is seeking an expedited hearing. Few observers expect the GBGA to prevail in its bid to derail the UK’s regulatory train, although appeals up the EU legal food chain will likely drag out for years.