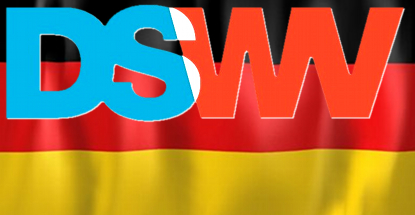 German-facing sports betting operators have formed a new trade group to press for “more stable” regulations and to offer consumers assurances of a safer betting environment. The German Sports Betting Association (DSWV) includes a mixture of domestic and international operators, some of which were among the 20 lucky recipients of the country’s federal sports betting licenses as well as others who were left out in the cold.

The DSWV will be headed by Mybet former CEO Matthias Dahms, while Dirk Quermann, CEO of Merkur Interactive (the joint venture of Playtech and gaming device maker Gauselmann), and Tipico general counsel Hans Wolfram Kessler have been appointed DSWV’s vice-presidents.

The DSWV has already received a thumbs-up from Peter Ramsauer, Germany’s Federal Minister of Transport, Building and Urban Development. Wolfgang Kubicki, chairman of the Free Democratic Party and a sharp critic of Germany’s federal Interstate Treaty on sports betting, has also voiced his support of the DSWV’s aims.

Although Germany announced the 20 sports betting license recipients earlier this month, the licenses have yet to take effect after some of the failed applicants launched a legal challenge of the chaotic licensing process and the decision to limit the number of licenses. DSWV boss Dahms called the current situation “untenable” and said the DSWV would work to “remove the uncertainty and to ensure safe betting, both for consumers and providers.”

Meanwhile, the German state of Lower Saxony is urging banks and credit card companies to block financial transactions to online gambling sites that have ignored ‘cease and desist’ orders. Lower Saxony, which shares a border with Schleswig-Holstein, has provided financial institutions with a list of over 100 international online poker and casino sites that continue to serve German customers against the wishes of German authorities. Golem.de reported that Lower Saxony’s Interior Ministry had hired “experts” to work out the practical difficulties of implementing such blocking tactics.