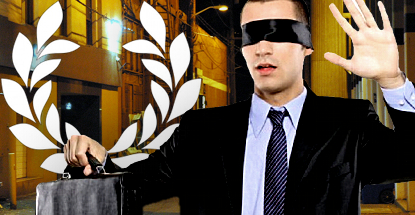 Kudos to the financial advisor who declared the bankruptcy of casino operator Caesars Entertainment to be “like playing three-dimensional chess blindfolded.” Shortly after Christmas, Caesars announced it had convinced 39% of its first-lien creditors to approve its plan to split the debt-laden Caesars Entertainment Operating Co. (CEOC) into two entities: one to operate its casinos and another to own the land on which those companies stand.

But Caesars needs at least 60% of its top-level creditors to sign on to the plan the company announced in mid-December and it only has until Jan. 12 to get the rest on board. Sources told Bloomberg that Caesars has since bumped that number over 50% but now a group holding $1.6b of Caesars’ first-lien notes has seen opportunity in Caesars’ crisis and is demanding more money in exchange for signing on the dotted line.

My Chi To, a lawyer at Debevoise & Plimpton LLP, says the investors she represents are “motivated by improving recovery for the first-lien bonds.” Caesars’ plan would give first-lien creditors 93.8¢ on the dollar, but To’s clients want the full 100. Some of To’s clients also hold Caesars’ second-lien bonds, which are expected to be repaid at a mere fraction of their value.

CREDIT DEFAULT ROPE-A-DOPE
Meanwhile, the International Swaps and Derivatives Association (ISDA) is still trying to determine whether to trigger $26.9b worth of credit default swaps various investors have taken on a Caesars default. Some of these investors believe that Caesars was officially in default after it “elected not to pay” a $225m interest charge on its second-lien bonds in December and therefore want payment on their swaps.

A 15-firm panel fell two votes short of the number necessary to dismiss the claim, so an arbitration panel consisting of three independent third-party professionals will now decide the matter. The matter is doubly complicated by the fact that some of the companies holding Caesars’ debt – including Elliott Management Corp., which has signed on to Caesars’ restructuring plan – are believed to have taken out swaps on Caesars. If the swaps are triggered, the maximum payout would be $1.7b after overlapping trades are accounted for.

CAESARS MERGER CLASS ACTION ATTORNEYS SEEK MORE TORCHES, PITCHFORKS
Finally, a class action suit has been launched to protest the merger of Caesars Acquisition Corp (CACQ) with Caesars Entertainment Corp. (CEC). Shortly before Christmas, CEC announced it was reacquiring CACQ, which it had spun off only the year before. That highly controversial spinoff is the subject of numerous lawsuits, as angry investors complained that Caesars was cleaving off its more profitable properties from CEOC – including its interactive division – to shield them from the inevitable bankruptcy.

Now CACQ investors are complaining that they thought they were getting into bed with a hot little profit machine and are greatly distressed to wake up next to Caesars’ bloated body. Securities law firm Andrews & Springer described the merger as “merely intended to place CEOC in a better position to restructure its $18.4b debt load in preparation for bankruptcy.” The attorneys have offered their services to any other aggrieved CACQ investors who have not yet obtained legal representation.