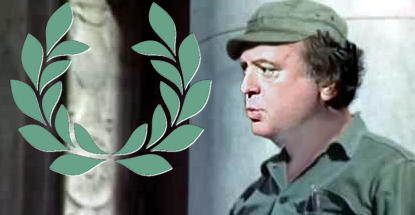 Struggling casino operator Caesars Entertainment has decided to merge with Caesars Acquisition Company (CACQ), the division Caesars created last year to hold a majority stake in Caesars Growth Partners (CGP), yet another spinoff that controls the company’s online activities and six brick-and-mortar casino properties. The news follows Friday’s announcement that Caesars had reached agreement with its senior creditors on a restructuring plan that will pave the way for a Chapter 11 bankruptcy of its debt-laden Caesars Entertainment Operating Co. (CEOC) unit.

Confused yet? Caesars says you shouldn’t be. In March, Caesars had ‘sold’ CGP four casinos for $2.2b but retained the right to reacquire the properties if keeping track of all these different acronyms proved too difficult.

The deal calls for CACQ shareholders to receive 0.664 shares of Caesars’ class A common stock for each share of CACQ stock. Once complete, Caesars will own 62% of the merged entities. Caesars says the deal will provide the company with $1.7b in cash, thus enabling Caesars to fulfill its promise to provide up to $1.45b in cash to enable CEOC’s restructuring without having to get out its begging bowl and going looking for sucker banks.

In related news, Caesars CEO Gary Loveman (pictured) has announced he’s officially changed his name to Mitch Garber. To avoid confusion, the head of Caesars Interactive Entertainment will now be known as Gary Coleman. Also, the bosses of Apollo Global Management and TPG Capital, the two hedge funds that seriously overpaid to acquire Caesars last decade, intend to swap wives and families for the holidays. Finally, all future business communication made by Caesars will be in Swedish and all children of Caesars staff that are not yet 16 years of age are now 16.