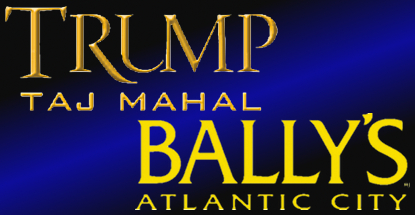 The owners of Atlantic City’s Trump Taj Mahal casino say they intend to keep the joint open past its threatened Nov. 13 closing date. Trump Entertainment Resorts (TER) had earlier vowed to shut the financially struggling casino’s doors by mid-month unless there was some progress on the rescue plan initiated by Carl Icahn, the billionaire investor who holds most of the Taj’s $286m in debt. On Wednesday, TER said the Taj would remain open for the entire month of November but couldn’t rule out the casino closing before year’s end.

TER CEO Robert Griffin told the Associated Press that the company made the decision in part to reassure ticket holders for a Nov. 28 Culture Club concert at the Taj that the show would go on. But Griffin said the Taj’s ultimate salvation still depends on New Jersey officials granting the company’s request for $175m in corporate welfare. State senate president Steven Sweeney has publicly stated that a bailout isn’t in the cards but Griffin apparently had his iPod blaring Culture Club’s Do You Really Want To Hurt Me too loud to hear Sweeney’s warning.

There have been four AC casino closures so far this year, starting with the Atlantic Club, followed in quick succession by Caesars Entertainment’s Showboat, Revel and the Trump Plaza. While Revel’s new owners are reportedly planning to revive the facility’s casino, there’s no timeline for this phoenix-like rebirth, making it a distinct possibility that AC will be down to just seven casinos come the new year.

OR MAYBE JUST SIX?
On Wednesday, Caesars CEO Gary Loveman was in town to celebrate the topping-off of the new $125m meeting center going up next to Harrah’s Resort, one of three remaining properties Caesars operates in AC. The AP’s Wayne Parry reported that Loveman seemed to intimate that its Bally’s property might not be long for this world.

Loveman said the challenge facing AC’s struggling casino market “is not simply revenue but cost. Given the balance of revenue we enjoy at Bally’s, we need to make money there.” Bally’s earned $19.6m in revenue in September, fifth highest among AC’s remaining operations but the lowest of Caesars’ remaining three casinos. Harrah’s earned $31.3m while Caesars Atlantic City brought in $26.1m.

Pressed on whether Caesars was talking about voluntarily closing Bally’s like they’d done to the Showboat in a bid to ‘rightsize’ the market, Loveman played coy, saying he couldn’t comment on “something that might happen in one to five years.” Caesars itself may not survive – at least, in its current form – beyond January, when some prognosticators expect the debt-laden company to file for Chapter 11 bankruptcy protection.