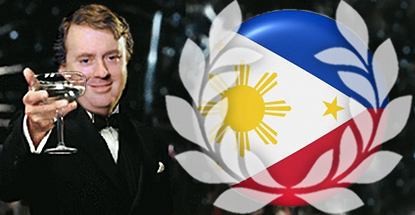 Despite teetering on the edge of bankruptcy, US casino operator Caesars Entertainment is angling to build a $1b casino in the Philippines.

The Philippines hasn’t issued any new casino licenses since the four Entertainment City operators received their permits. Cristino Naguiat, who heads the Philippine Amusement and Gaming Corporation (PAGCOR), said some consideration would have to be given “those who took the risk earlier.” If the Philippines did decide to open its books, Naguiat believes there would have to be some “value added,” suggesting the minimum investment required of casino operators be increased to $1.5b.

On Wednesday, President Aquino said his cabinet was divided on whether the country needs another large scale casino project. Some cabinet members are convinced that Caesars “will not add to the gaming industry and the revenues, therefore, of government,” while others believe Caesars is “a brand name that kind of tells the world that [the Philippines], in a sense, we have arrived.” Aquino said tourism officials support the project, PAGCOR is opposed and the Department of Finance is “in between the two.”

BEAT THE TRAFFIC
Tight told GGRAsia the company had its eye on the airport site in order to create “the world’s first ‘fly in’ integrated resort.” The plan is to allow VIPs to land their private planes then proceed directly to the gaming table without having to fight their way through Manila street traffic to get to Entertainment City.

Tight said Caesars was looking for a “large scale” local partner with which to collaborate. Philippine law limits international firms to 40% ownership of the land on which their businesses will stand, a requirement that has caused no shortage of headaches for Universal Entertainment’s Kazuo Okada, whose Tiger Resorts subsidiary is one of the four licensed Entertainment City operators.

CAESARS WILL GLADLY PAY YOU TUESDAY FOR A CASINO TODAY
Tight insisted that Caesars’ industry high $24b debt load wouldn’t be an impediment to seeing the project through to fruition, saying the new Caesars Growth Partners (CGP) entity had “adequate resources and a very strong balance sheet.”

Tight omits the fact that CGP was founded by mugging Caesars Entertainment Operating Co. (CEOC) of many of its more profitable assets, leaving CEOC holding most of the company’s debt. Some of CEOC’s creditors have filed lawsuits intended to reverse the asset transfers amid fears that they will be left high and dry when Caesars is inevitably forced to enter Chapter 11 bankruptcy protection.

Caesars is desperate to establish a foothold in the Asian market after memorably passing up the opportunity to pursue a license in Macau. In March, Caesars received initial approval for its plans to build a casino near South Korea’s Incheon International Airport, as part of a joint venture with Indonesia’s Lippo Group. Caesars is also among the many international firms hungrily eyeing Japan’s laborious progress towards issuing its first casino licenses, and Caesars has also expressed interest in Vietnam.