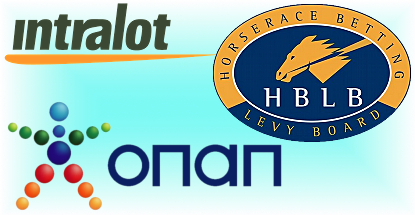 UK bookmakers have reached agreement with the nation’s horseracing stakeholders on the next horserace betting levy. On Thursday, the Horserace Betting Levy Board (HBLB) announced that the Bookmakers Committee had agreed to continue to ante up a 10.75% levy on their racing revenue ahead of the Oct. 31 deadline. The 54th Levy Scheme, covering April 1, 2015 to March 31, 2016, will generate an estimated £74.3m for UK racing.

The 54th Scheme total includes the estimated £7.8m contributed by betting exchange Betfair, which reached a separate agreement with the HBLB in 2012. It also includes the ‘not less than £47.5m’ to be contributed by the UK’s four largest retail bookies – Betfred, Coral, Ladbrokes and William Hill – who also agreed to voluntarily pay a further £4.5m apiece into an Incentive Fund under a four-year agreement inked last year.

The UK’s betting business is currently in a state of transition as the UK Gambling Commission institutes its new licensing regime. As it stands, only bookies whose online operations are based in the UK are required to apply the levy to their racing wagers. That is expected to change in time for the 56th Scheme, pending the outcome of a UK government consultation that commenced in August.

HBLB chairman Paul Lee thanked the bookies for getting their recommendations in long before the deadline, sentiments echoed by Paul Bittar, CEO of the British Horseracing Authority. Bittar added that racing’s attentions were now focused on the regulatory changes instituted by the UK government and “establishing a modern relationship with an evolving betting industry.”

The Greek government’s efforts to flog the race betting monopoly – currently held by a group called ODIE – have been long and arduous. In 2013, the deadline for bids was extended after reportedly attracting scant interest. Bids were eventually submitted by Intralot and a joint venture of France’s PMU and South Africa’s Phumelela, but the JV partners ultimately withdrew their offer. Negotiations with Intralot proved unsuccessful, leading HRADF to reopen the tender last month.