Intralot sign a 10-year deal to be the technology provider of choice for the Irish Lottery, and plan to take over the reigns from the current incumbent Gtech at the end of the year. 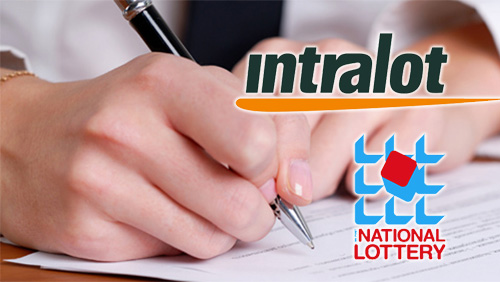 The menu at the Irish Lottery canteen is dropping pasta and pizza in favor of Taramosalata and Tzatziki as the Greek gaming outfit Intralot takes over the new technology contract for the Irish lottery from the Italian firm Gtech.

The Athens based company, founded by the Greek telecoms magnate Socrates Kokkalis, have been chosen as the preferred supplier of technology and will take over the 10-year contract at the end of the year.

It’s been a significant period of change for the Irish Lottery after Premier Lotteries became the first private owners of the Irish National Lottery franchise in it’s 27 year history, after paying €405m – €100m more than it’s nearest bidder – in the recent tug of war for the 20-year license.

The newly formed tag-team have chosen to keep their mouths firmly closed on the financial arrangements of the new technology deal that has seen Intralot preparing to provide the lottery with a full suite of replacement ticket terminals and a complete overhaul of hardware and software systems.

The current owners of the technology agreement, Gtech, have a base in Dublin, and employ 70 employees on the Irish Lottery contract. No news has surfaced as to the fate of these employees now the contract has changed hands.

The deal now means that Intralot has their fingers deep into the filling of 56 state lottery pies from all over the world and the groups’ chief operating officer John Pantaleon is over the moon about the deal. “

“We are delighted to announce our new contract in Ireland,” Pantaleon said. “I am confident that our global experience and cutting-edge technology together with the operational capabilities of Premier Lotteries Ireland will yield excellent results for the benefit of Ireland and bring exciting gaming experiences to the Irish players.”

The new partnership is due to take effect early next year following a transitioning process that has already begun.