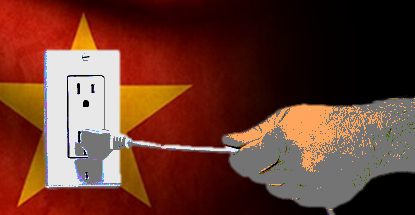 A new legislative effort is being prepared that would permit Vietnam’s local population to enter brick-and-mortar casinos. On Tuesday, Thahn Nien News reported that the Ministry of Finance has submitted a draft decree on gaming for approval by Prime Minister Nguyen Tan Dung. If the PM gives his OK, the decree would allow Vietnamese residents over 21 years of age to enter select casinos, provided they meet as-yet undisclosed financial criteria and background checks. A source told GGR Asia that the decree wasn’t likely be finalized until sometime next year.

While some operators have pressed ahead with Vietnamese casino plans, others say lifting the prohibition on locals entering casinos is a prerequisite for the success of any Vietnamese integrated resort. Skeptics point to country’s first large resort casino, The Grand: Ho Tram Strip, which requires gamblers to hold a foreign passport and has struggled to attract crowds since it opened last July.

It’s unclear whether Vietnamese gamblers would be forced to pay the Singapore-style entry levies that have been favorably cited by other emerging Asian casino markets as a way of mitigating the alleged ‘social evils’ of casinos. A year ago, the government suggested a pilot project that would allow locals into a casino under development in the Van Dong Economic Zone, but lawmakers pushed for a broader application during debates this April.

The decree also seeks some easing of the burdens currently facing potential casino developers. If approved, investors or managing partners would have to demonstrate just five years of gaming experience rather than the full decade stipulated in earlier drafts. However, operators will still need to invest a minimum of $4b in any project, in which limits of 200 tables and 2k slots will be enforced. Restrictions will be placed on casino advertising and the decree also proposes a ban on any Vietnamese-licensed casino firm from offering online gambling to Vietnamese residents. But hey, the next FIFA World Cup is four years away, so plenty of time for movement on that front.