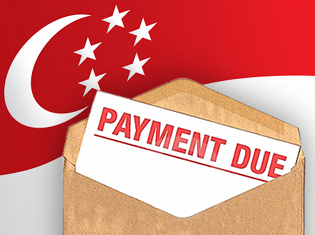 MBS was determined to have allowed 12 gamblers to enter the casino without a valid levy, while another 5 were found to have overstayed their allotted time. MBS also failed to block 16 excluded gamblers from returning to the scene of their gambling crimes (so to speak). RWS was found to have allowed entry by 12 levy-less gamblers, one Cinderella who didn’t realize the clock had struck midnight and five excluded gamblers. RWS was also rebuked for having allowed five foreign minors onto its premises “without reasonable excuse.”

The CRA has not been shy about fining its two casinos, which are considered the most profitable gaming joints on the planet. MBS was fined $475k in February, $130k in January, and $357k in August 2012. RWS was forced to cough up $100k in January, $600k last September and $140k last August. More recently, a RWS exec was fined $100k for providing false information to the CRA regarding undisclosed bonuses offered to gamblers for renewing their annual entry levies.

Meanwhile, former MBS croupier Oke Ching Siang was sentenced to three months in jail on Thursday for colluding with a female gambler to cheat his employer. Oke was found to have added $2,600 worth of casino chips to the gambler’s pile after she wooed him with a financial hard-luck story. Oke has already repaid the pilfered sum, which should help MBS at least partially offset the next six-figure bill the CRA leaves in its mailbox.