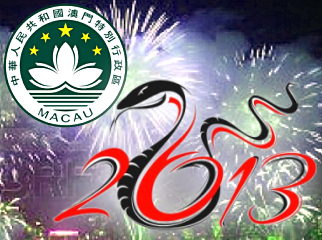 Singapore’s Casino Regulatory Authority (CRA) has slapped a S$475k (US $384k) fine on Las Vegas Sands’ Marina Bay Sands (MBS) integrated resort for failing to maintain surveillance standards. The fine breaks down as follows: S$150k for failing to retain casino surveillance footage between Sept. 2011 and April 2012; S$100k for failing to ensure continuous recording of surveillance gear between Dec. 2011 and June 2012; and S$225k for not having a sufficient failure notification system attached to their surveillance gear. It was just last month that the CRA hit MBS with a S$130k fine for violating social safeguards, which followed a S$357k fine in August for similar social safeguard violations. Suffice it to say, both MBS and its crosstown rival Resorts World Sentosa better get their act together before those new mega-fines take effect.

Over in Macau, the Lunar New Year celebrations are promising to push February’s gaming revenue up, up and away. According to figures released by the Government Tourism Office, total visits over the last six days were 682,074, a 19% boost over the same period last year. On Tuesday, visits hit a record 166.5k (+28.4%), of which 114k came from the Chinese mainland, a gain of 35.8% over last year. Tuesday’s tally was also 20% more than the single highest day of last year’s New Year celebrations and 4% higher than the biggest day of October’s Golden Week celebrations.

The increased number of visitors could be “readily felt” inside Macau’s casinos, according to Union Gaming Research analyst Grant Govertsen, who issued a note saying they were observing “general increases in minimum bet sizes.” Govertsen called this “one-two punch” of more visitors spending more money “particularly exciting.” (Ooh, my… is it getting warm in here?) Govertsen also said the visitor tide was rising all boats “regardless of geography,” meaning casinos on the Macau peninsula were enjoying as much of a boost as those newer, flashier gaming joints on Cotai.

The surge from mainland visitors could bolster assertions by Sterne Agee analyst David Bain that China’s economy is ramping up again. Further evidence comes via official government data, which revealed that China passed the US as the world’s top trading nation sometime in late 2012. While the US economy remains twice the size of China’s, the total value of China’s imports and exports hit $3.87 trillion in 2012, while the US topped out at $3.82 trillion. China has led the world in exports for a few years now, but now its imports are catching up.

And what are the Chinese importing? Business jets, according to a study by aviation consultancy Asian Sky Group. The combined fleet of business jets in Hong Kong, Taiwan, Macau and mainland China grew 40% last year and Asian Sky general manager Jeffrey Lowes says there is “a huge pent up demand for business jets in China. We have barely scratched the surface.” Reminds us of LVS boss Sheldon Adelson’s comment that the Asian gaming market “will never be satisfied in my lifetime. It will probably not be satisfied in yours.” Really puts the ‘fat’ in gung hay fat choy…