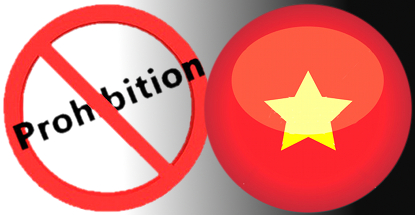 Lawmakers in Vietnam are once again making noises about ending the prohibition on local residents entering the country’s casinos. The prohibition has been responsible for scaring away many international casino firms that might otherwise have expressed interest in the market and has also been blamed for the disappointing performance to date of the country’s first integrated resort casino, The Grand: Ho Tram Strip, which launched last summer.

Last August, the government proposed a pilot project that would allow local residents who met certain financial requirements to enter a casino being built in the Van Don Economic Zone in Quang Ninh province on the Chinese border. On Thursday, a group of lawmakers suggested this didn’t go far enough and submitted a decree calling for criteria to be established that would allow Vietnamese citizens to enter casinos regardless of location. Thanh Nien News quoted legal committee chairman Nguyen Van Hien saying such a plan was preferable to “delaying the issue” by waiting until the Van Don casino is up and running.

National Assembly deputy chairman Uong Chu Luu concurred, noting that the government had no power to prevent Vietnamese residents from patronizing casinos abroad, be they in Singapore, the Philippines or just across the border in Cambodia, where some gamblers have fallen prey to loan sharks and gang activity. Perhaps more importantly, this cross-border practice represents capital flowing out of the country, a situation these government reps are eager to rectify.

Also of keen interest to prospective casino developers are the legislators’ proposals to eliminate the 3% limit on the space any resort casino can dedicate to gaming vs. non-gaming amenities and the lifting of the current cap on the number of permissible gaming tables (180) and gambling machines (2k).

EXISTING CASINOS GET BIGGER
While everyone else waits to see how the government will proceed, Donaco International Ltd. has received official government approval for the expansion of its Lao Cai International Hotel and casino in northern Vietnam on the border with China’s Yunnan province. The amended investment certificate will allow Donaco to proceed with the soft opening of the expanded facility on May 18. Donaco, which holds a 95% stake in the project, announced last summer that it was looking to expand the facility’s number of hotel rooms from 34 to 428 while also raising the number of gaming tables from its previous complement of eight. Donaco is owned by Joey and Ben Lim, nephews of Genting chairman Lim Kok Thay.

Also expanding is the Silver Shores International Resort in Da Nang. The facility, a joint venture of Hanoi-based Hoang Dat Co and US-based Silver Shores Co, Ltd, opened in 2010 featuring eight gaming tables. In 2012, Silver Shores ran into trouble with officials who discovered 15 tables in operation, some of which management claimed were ‘training’ tables for new staff. On Wednesday, Thanh Nien reported that Prime Minister Nguyen Tan Dung had approved a request from municipal authorities to boost Silver Shores’ cap, but the exact number of new tables wasn’t specified.

PENINSULA PACIFIC REVIVES QUANG NAM’S CASINO PLANS
Over in Quang Nam, the mystery international investor who revived the long-stalled South Hoi An casino project has been identified as US-based Peninsula Pacific. The company is run by M. Brent Stevens, founder of Peninsula Gaming, the regional casino operator acquired by Boyd Gaming in 2012 for $1.45b. The original plans for the proposed $4b resort casino were put on the shelf in 2012 after Malaysian casino operator Genting withdrew its support due to the government’s refusal to budge on its no-locals policy. Reports of a new investor first surfaced in December and Peninsula tipped its hand late last month.

Peninsula will hold an 80% stake in the resort casino project, with local partner Vina Capital holding the remainder. Peninsula is reportedly seeking to scale down the area of the project from 1538 hectares to 1000 hectares while increasing the number of gaming tables to 90. The first phase of the as yet unnamed project was previously expected to open in late-2015, although that timetable appears extremely ambitious now.