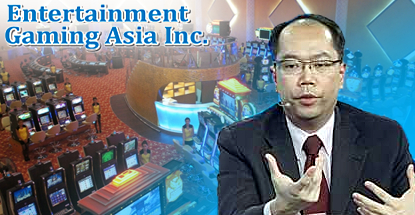 Nasdaq-listed gaming operator Entertainment Gaming Asia (EGA) saw revenue fall in the second quarter as the company rejigged its casino gaming operations. Overall revenue in the three months ending June 30 fell 5% to $4.9m, with gaming revenue down 12% to $4.4m while revenue from the Dolphin Products chip- and plaque-manufacturing division more than tripled to $524k. Earnings fell $200k to $2.1m and the company recorded a net loss of $22k for the quarter.

EGA would have recorded a net profit of $217k were it not for the sale in June of its underperforming Dreamworld Pailin casino. The casino on Cambodia’s border with Thailand opened with great expectations in May 2012 but never lived up to its potential, prompting EGA to write off $2.5m in value this January. The property was sold to EGA’s local partner for just $500k, which EGA expects to book as revenue when the deal officially closes sometime in Q3.

EGA’s gaming division now consists solely of its slots supply deal with NagaCorp’s NagaWorld casino in Phnom Penh plus similar supply deals with halls in the Philippines and the Dreamworld Poipet slots hall on Cambodia’s border with Thailand. The Poipet business improved despite the political unrest following the army coup in Thailand while the NagaWorld operations suffered from increased player jackpots in Q2 and revenue from the Philippines operations slipped 2% to $787k.