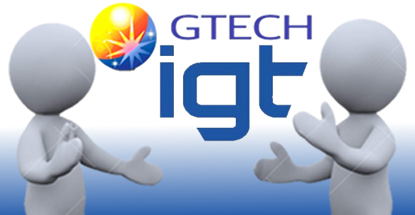 A week after sale rumors first floated, gaming device maker International Game Technology (IGT) has confirmed that it is at least considering the possibility of letting itself be acquired. In a brief statement issued on Monday, IGT said it is exploring “a broad range of strategic alternatives” which could include “changes to our capital structure and adjustments to our portfolio of businesses.” However, “no decisions have been made by the board … and there can be no assurances” that any particular option will prove significantly attractive for IGT to pull the trigger.

At the same time, Italian lottery and gaming technology firm GTECH has confirmed that it is among the suitors vying to win the fair hand of IGT. GTECH says it’s holding “preliminary, exploratory discussions regarding a potential acquisition” of IGT which would be financed through a combination of cash and shares. GTECH similarly cautioned that all this discussion and analysis might not lead to the companies shaking hands on a deal.

IGT has struggled to impress investors over the past couple quarters, leading to the company’s decision in March to trim its global workforce by 7%. The remote possibility exists that IGT could choose to either spin off or sell its increasingly valuable social gaming operation DoubleDown Casino. However, given that DoubleDown is now GAAP accretive, IGT would likely seek more than the $500m it paid for the operation back in 2012, which would likely give potential buyers pause.