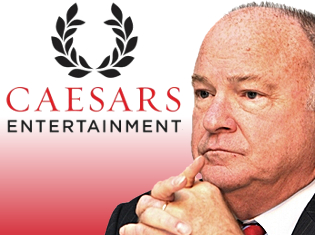 Casino operator Caesars Entertainment is suing Massachusetts Gaming Commission chairman Stephen Crosby (pictured) for allegedly interfering with its bid for a Boston casino license in order to favor a competing bid from a company with which Crosby has ties. Caesars had partnered with racetrack operator Suffolk Downs on a bid to build a casino in East Boston, but the pair split up in October after the Commission raised questions about Caesars’ suitability.

As justification for rejecting Caesars’ license bid, the Commission cited (a) Caesars’ ties to investor Gansevoort Hotel Group, which the Commission claimed had links with Russian mobsters, and (b) Caesars Interactive Entertainment CEO Mitch Garber’s former role at two online companies that served US gamblers pre-Black Friday. This led Caesars to accuse Crosby of “tortious interference” by making “untrue and misleading statements” that “caused and continues to cause Plaintiffs to suffer reputational and economic injury.”

The alleged plot thickened earlier this month, when Crosby recused himself from judging a rival Boston casino bid by Wynn Resorts based on Crosby’s relationship with Paul Lohnes, a former business partner of Crosby’s on whose land the Wynn casino would be built. Caesars says the Commission’s stated concerns about Caesars’ unsuitability have been “alleged and shifting” and that Crosby had failed to “timely disclose” his apparent conflicts of interest.

Caesars also complained about being “held to a different and higher standard from every other applicant” vying for a Massachusetts casino property. Commission investigators recently gave MGM Resorts a preliminary finding of suitability, despite MGM having been forced to disengage from the Atlantic City casino market a few years back over concerns about their MGM China joint venture partner Pansy Ho’s alleged ties to triad activity in Macau.

Caesars, which claimed to have invested $100m in its aborted pursuit of the Boston casino license, is seeking unspecified damages from Crosby. Caesars also wants the Commission to shred its “constitutionally flawed” findings regarding Caesars’ alleged unsuitability.

CAESARS’ LAWYERS A BUSY BUNCH
The Crosby lawsuit is far from the only matter occupying Caesars’ army of litigators these days. In New Jersey, Caesars continues to fight a suit it lost three years ago regarding a botched ‘birthday cash’ promotion at its Harrah’s casino property in Atlantic City. Way back in August 2003, a customer had attempted to redeem a $15 voucher offered as part of Harrah’s Total Rewards loyalty program, only to be told she needed to wait until the Total Rewards Center opened nearly eight hours later.

Annoyed, the customer left the casino and headed for a lawyer’s office to file a class action suit. In 2010, a Superior Court judge ruled that the casino promotion had violated the state’s truth in advertising laws. The plaintiff and thousands of other customers were awarded $100 apiece, leaving Caesars on the hook for a $5.2m payout. Caesars now claims that subsequent court rulings have clarified the advertising law, which “support our contention that the existing judgment against us should be vacated and the case dismissed in our favor.”

Meanwhile, the Federal Election Commission (FEC) in Washington has accused Caesars’ political action committee (PAC) of materially misstating its campaign finance disclosure reports. The FEC auditors found that Caesars had understated receipts and disbursements to the tune of $152k and $91k respectively in the years 2011 and 2012. Caesars has routinely outspent all other gambling interests – except recent activity by Las Vegas Sands‘ activist boss Sheldon Adelson – in pitching money at Washington, DC politicians, but it appears their profligacy was even greater than admitted.