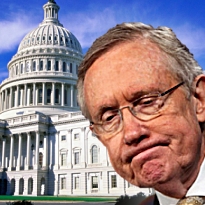 In case all you reprobates were too distracted by Olympic beach volleyball hotties to notice, the US Senate failed to pass the Cybersecurity Act of 2012 on Thursday. The Act was once considered a prime vehicle to which Senate Majority Leader Harry Reid’s as-yet-unseen online poker bill could have been attached, so now it really does look like it’s lame duck or nothing. The Las Vegas Sun has been tracking Reid’s progress (or lack thereof) in garnering Republican support for the bill. On Tuesday, Reid said “we need Republican votes and we haven’t gotten them yet. I’m limited in what I can do with Republicans. I’d like a little help” from Nevada’s other senator, Republican Dean Heller.

But as an unidentified ‘gaming operative’ told the Sun: “Quite frankly, we don’t care whose job it is to get the votes. We have a majority leader and a senator, and we need leadership from both. They need to quit pointing fingers and figure out how to get it done. Not getting it done puts Nevada in real danger.” Trouble is, Reid is apparently having trouble marshalling support among his own party. A Senate Democratic source told the Sun that Reid only had 40-something Dems on board, meaning he could need 10-20 GOP votes to seal the deal (if the ‘nay’ crowd threatened to filibuster the bill), and so far, Reid apparently has just two members of the party of Lincoln that have guaranteed their support: Heller and the bill’s co-author, Jon Kyl (R-AZ).

Over in the House of Representatives, Rep. Joe Barton (R-TX) is still pimping his own HR2366 online poker bill as well as the concept of federally regulated online poker in general. Barton did a stand-up on the Fox Business channel on Thursday, correcting the mainstream perception that Nevada casino companies are standing in the way of a poker bill passing – although he neglected to challenge his Fox(y) interviewer’s assertion that “the Wire Act already allows sports betting.” (Whatcha gonna do? It’s Fox: they still think Saddam Hussein sank the RMS Lusitania.) Instead, Barton suggested the pushback was coming from Indian tribes, many of which Barton said were on the fence about whether online poker represented a threat to their land-based gaming interests. 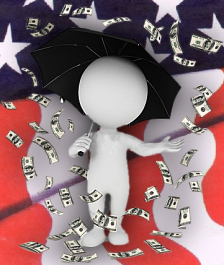 SECOND QUARTER FEDERAL LOBBYING STILL A GOOD GAME
That said, the lack of regulatory progress at the federal level isn’t all bad news, at least, not if you’re a politician with an ear to bend. So long as the game is still in play, the lobbying taps will keep flowing. Which reminds us… Has it been three months already? Why, yes it has, and the US federal lobbying disclosure reports for the second quarter of 2012 are out. And yes, you lucky devils, we’ve taken the time to wallow in the mire so you don’t have to. You’re welcome.

Standard caveats apply: some groups lobby on multiple issues besides internet gambling, and the lobbying forms don’t require their authors to break down how much of their total spend is dedicated to each specific issue. Those who divided their lobbying cash among several issues beyond online gambling have their name marked with an asterisk (because a scarlet letter wouldn’t fit).

As always, Caesars Entertainment led the lobbying pack, spending $955k (+69k from Q1 and +171k from Q4 2011), which sounds like a lot, but with Caesars’ $20b+ debt, a million is like pitching pennies into an online poker wishing well. As for other operators (of all types), second place was a tie between MGM Resorts* and Rational Entertainment Enterprises (aka PokerStars), each spending $150k (both unchanged from Q1). Churchill Downs Inc. spent $80k (unchanged); bwin.party spent $80k (unchanged); social gamers Zynga* make their federal lobbying debut, spending $75k; Penn National Gaming* spent $70k (unchanged); Boyd Gaming* spent $50k (-10k); Station Casinos spent $30k (unchanged); Las Vegas Sands* made a rare appearance on this list, spending $30k on issues relating to online gambling (presumably on the ‘nay’ side) and foreign tourist visas (reducing barriers to getting those Chinese whales to the Vegas baccarat tables); the California Internet Poker LLC (a group of card clubs, including the Bicycle Casino) spent $15k and the Bike spent another $10k on its own.

Among the long list of Indian tribes spending at least some of their lobbying cash looking at internet gaming issues were the Mississippi Band of Chochtaw Indians ($80k); the Kalispel Tribe of Indians ($70k); the Sycuan Band of Kumeyaay Nation ($50k); the United Auburn Indian Community ($50k); the Barona Band of Mission Indians ($30k); the Tulalip Tribes ($30k); the Muckleshoot Indian Tribe ($20k) and the Suquamish Tribe ($20k). See ya in three months everybody!