Home / Business / Facebook and Zynga Head in Opposite Directions 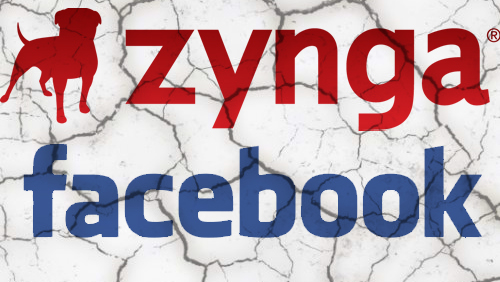 Heading into its earnings report Wednesday, Facebook (FB) had somehow become a forgotten stock. After tanking following its initial public offering in May 2012 – likely the most-discussed public offering in the history of the public markets – Facebook bottomed out below $18 per share in September 2012, less than half of its IPO price. To many observers, the stock’s trajectory seemed set to follow that of fellow “Internet 2.0” companies such as Zynga (ZNGA) and Groupon (GRPN), both of which fell sharply from their initial public offering prices.

Facebook stock would recover, and then dip again for most of 2013, as the broad market rose. But given the hype surrounding its IPO – which, again, took place just fifteen months ago – its relative lack of focus from the market was surprising. That all changed on Wednesday, when the company reported impressive revenue and earnings figures after the market closed. The stock would gain nearly 30 percent on Thursday. And while Internet stocks have often seen such volatile movements – Zynga, for example, would fall 14 percent the next day after reporting below-expected results – lost in the euphoria surrounding the Facebook results was just how astounding they truly were.

Consider this: in one day, Facebook’s market value rose by nineteen billion dollars. Put another way, the increase in market value is greater than the total equity value of American institutions such as Macy’s (M), Delta Air Lines (DAL), Ralph Lauren (RL), and Hershey (HSY). Following its gains, Facebook stock would reach levels not seen since that IPO, and it has now doubled from those September lows. To see a 30 percent move in a smaller Internet company is one thing; for a company like Facebook, which was already one of the 120 most valuable companies in the world before those gains, to see that kind of move is literally a once-a-year type of event.

To be sure, the fact that Facebook demolished analyst estimates played a large part in the stock’s massive gains. Analysts had expected earnings of 14 cents per share on revenue of $1.61 billion; the company reported earnings of 19 cents per share on revenue of $1.81 billion. But the biggest factor was Facebook’s ability to monetize mobile. In its registration statement with the SEC ahead of last year’s IPO, the company noted, “we do not currently generate any meaningful revenue from the use of Facebook mobile products.” Yet, five quarters later, Facebook created some $655 million in mobile revenue, representing 41 percent of total advertising revenue, an impressive achievement considering the company was essentially starting from scratch.

Still, on the post-earnings conference call, CEO Mark Zuckerberg noted “we now have more daily active [users] on mobile than on desktop.” Given that over 50 percent of usage came from mobile, but only 41 percent of advertising revenue, it remains clear that revenue streams from mobile advertising on a per-user basis remain below those of traditional desktop applications.

But, in the long run, Facebook’s valuation will depend upon its ability to maintain its current status as the dominant social media player. To come close to justifying its current market capitalization of $85 billion, Facebook first and foremost must fight off competitors and avoid becoming the next MySpace. (Among the companies now valued less than Facebook: United Parcel Service (UPS), American Express (AXP), 3M (MMM), and Boeing (BA).) On the conference call, CEO Zuckerberg refuted claims that teenagers – likely the first movers in any social media shifts – were leaving the site. “There has been a lot of speculation reporting that fewer teens are using Facebook,” Zuckerberg told listeners. “But based on our data, this just isn’t true…we believe that we’re close to fully penetrated in the U.S. teen demographic for a while and the number of teens using Facebook…has been steady.”

In the long run, Facebook’s valuation will depend on its ability to maintain its role as not just the dominant social marketing player, but the only social marketing player. If the company can prove that it  – like Amazon.com (AMZN) in Internet retailing, or Netflix (NFLX) in content streaming – has an unassailable position, its stock will trade apart from the fundamentals, and should continue to rise. With the stock already trading at 62 times 2013 earnings estimates (estimates that may have not been upgraded to account for Wednesday’s results), some might argue that the company is already split from its earnings. But if Facebook can prove that its social media dominance remains unchallenged, the possibilities for future revenue and profits remain unlimited, as will growth in its stock price.

Toward that end, CFO David Ebersman told listeners on the conference call just how dominant Facebook remains. On an average day in June, according to the company, 699 million people – nearly 10 percent of the world’s population – used the site. That figure was up 27 percent year-over-year. Additionally, time spent on Facebook for the month of June exceeded 20 billion minutes; nearly three minutes for every single person on the face of the Earth, and 29 minutes per user for the month.

Facebook’s share price going forward will depend on its ability to remain the dominant social media player. And while the news likely didn’t do much to create Facebook’s gain – its mobile growth likely did enough – the results from Zynga, reported the next day, should have been of comfort to Facebook shareholders. Zynga notably tried to distance itself from Facebook late last year, but the effect of that decision was dearly felt in Zynga’s second quarter.

While most observers focused on Zynga’s decision to abandon its pursuit of real-money gambling in the US, the company’s social gaming business is in clear free fall. Indeed, the company has already lost its top spot in social gaming to Caesars Interactive. And, as I argued over a year ago, Zynga’s real-money aspirations were little more than a fantasy; but the devastation facing its social gaming business has been somewhat of a surprise. Revenues were down 31 percent year-over-year; bookings – a measure of future revenue – fell 38 percent relative to the prior quarter. What is clear is that Zynga’s ideal of building a business beyond Facebook – and avoiding the 30 percent fee it had to pay to the social networking platform – has been an abject failure. The fact that Facebook could grow overall revenues despite Zynga’s struggles – given that Zynga once accounted for a double-digit share of Facebook’s total sales – shows the durability of its social networking dominance, and leaves in place the most optimistic projections for its importance to Internet users going forward.

While not pointing directly to its social gaming partner, Facebook executives seemed to relish in Zynga’s struggles on the conference call, as the company pointed to the success of rival King.com on its platform. That company – supposedly preparing an IPO of its own – boosted Facebook’s gaming revenue. CFO Ebersman took pains to point out on the conference call that “we were pleased to see King’s continued rapid growth on our games platform in Q2,” while Zynga was not mentioned at all.

For Facebook, the second quarter appears to re-position the company as a dominant Internet player; for Zynga, the quarter only reinforces the argument that the former social gaming king is fading into irrelevance. Facebook seems to set to finally justify my argument from a year ago that the stock would sail above its fundamentals. For Zynga, its retreat from real-money gambling and its plummeting social gaming revenue would show a company that is no longer transformative, no longer dominant, and no longer innovative. These are two companies on completely different tracks; if investors need any more evidence, they need only look at their share prices.

Andy Taylor talks about the future of marketing with Facebook Live
Video
30 September 2019
.