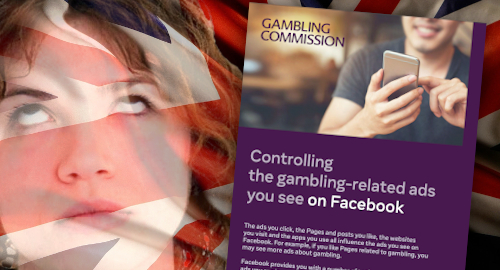 Gambling ads could be a slightly more endangered species on UK Facebook feeds following a deal between the social media giant and the country’s gambling regulator.

On Monday, the UK Gambling Commission (UKGC) announced a partnership with Facebook to help UK residents limit the number of gambling come-ons they encounter while using the platform. Basically, it involves users ignoring their Qanon research long enough to bother investigating their content options via the site’s tools and settings.

The UKGC reached a similar understanding with Twitter in January, the specifics of which were equally apparent to any user who could be arsed to examine what tools were already at their disposal rather than simply moan about unwanted product pitches.

It’s worth remembering that the UKGC’s own surveys indicate that gamblers’ overall engagement with and susceptibility to social media marketing was already on the decline. However, there were increases in the impressionable 18-24 age demo, so perhaps less cynical types can see some actual merit in these ‘being seen to be doing something’ exercises.

It’s also worth noting that both Facebook and Twitter are currently under attack in Thailand for not doing enough (in the government’s view) to purge illegal gambling content from their platforms.

The Facebook announcement comes just days before the October 1 implementation of the UK’s new Gambling Industry Code for Socially Responsible Marketing. Among the changes is a requirement for online gambling affiliates to tag all social media promos with the hashtag ‘#ad’ to ensure thicker customers understand when they’re being sold something.

Meanwhile, the UK Betting & Gaming Council (BGC) is heralding the new Game Design Code of Conduct intended to minimize the more harmful elements of online casino products, including online slots. The Code, which will be in place by the end of the month, follows discussions between the UKGC and a ‘working group’ of game designers, including Playtech and Scientific Games Corporation.

The Code’s contents were previewed in June, and include various means of slowing down play as well as eliminating ‘multi-slot play’ to discourage impulsive behavior. However, the UKGC is still weighing the results of a public consultation on how to tame online slots and thus further curbs may be on the way.