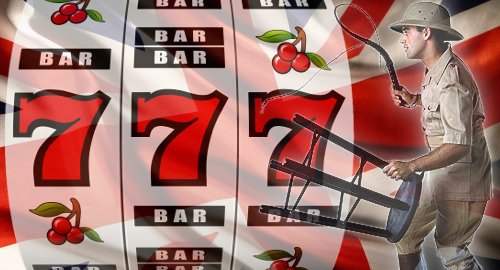 The UK gambling regulator is seeking public input on how to redesign online slots to ensure greater protections for vulnerable consumers.

On Thursday, the UK Gambling Commission (UKGC) opened a consultation on online slots game design with the aim of reducing the intensity of online play and improving the information available to slots players. The consultation, which will run through September 3, can be accessed here.

The UKGC’s interest in online slot design is due to the product being responsible for the bulk of online gambling revenue, “played by relatively few but with a high average spend.” Slots also include certain features “which can combine to significantly increase intensity of play,” posting a “relatively high risk” for fueling problem gambling behavior.

The UKGC recently published the results of its consultations with various ‘working groups’ on several aspects of consumer protection, including a game design group led by Scientific Gaming Corporation and Playtech that also featured input from so-called ‘Experts by Experience,’ aka those who’ve “suffered a wide range of gambling harms.”

The Experts went further, suggesting limits on stake and prize size, mandatory time limits on slots sessions and classifying casino games based on their addictive capacity.

The UKGC wants the public to weigh in on these suggestions while also seeking “a wider perspective on other aspects of game design.” For instance, in addition to banning split-screen slots, the UKGC is proposing requiring operators to ensure that customers can only play “one slot game at a time per account across multiple tabs/windows, browsers, applications (apps) or devices.”

The UKGC also wants to do away with slot sound and visual effects that celebrate “losses disguised as wins,” aka results that return less money than the customer staked. The UKGC proposes making sure customers are given a clear “distinction between true winning spins (an amount greater than total stake is returned) and other spins (an amount less than or equal to total stake returned).”

Another area of concern is requiring operators to inform customers of their ‘net position,’ aka “letting the customer know whether or not they are winning or losing during the current gaming session, and by how much.”

Apart from slots, the consultation seeks input on prohibiting reverse withdrawals, in which a customer submits a withdrawal request but then attempts to cancel all or part of the withdrawal before it’s processed, presumably so they can continue gambling. The UKGC imposed a temporary moratorium on reverse withdrawals during the pandemic lockdown but now seeks to make this ban permanent.

The UK gaming sector has been subject to an even greater barrage of criticism than usual over the past few weeks — which in the current climate is saying something — including two government reports that accused the sector of pretty much everything except weaponizing COVID-19 (although the UKGC could be saving that one for the next consultation).