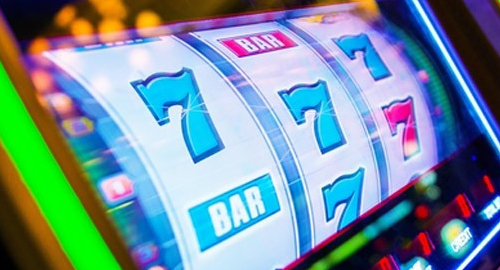 Problem gamblers may not be swayed by so-called ‘near misses’ to continue playing slot machines, according to the findings of a new study.

This month, a study published in the Journal of Gambling Studies poked holes in the long-held theory that slotS manufacturers engineer their machines to buzz and ring even when there’s no monetary payoff to the customer. Previous studies have suggested that these signals encourage problem gamblers to continue play by signalling a ‘near miss’ that stimulates the brain’s reward centers.

Not so, according to The Near‑Miss Effect in Slot Machines: A Review and Experimental Analysis Over Half a Century Later, in which University of Alberta researchers used both homing pigeons and human subjects to determine their reactions to coming close (but no cigar) to a big win in a simulated gambling environment.

The study’s authors said the results of their research “questions the underlying premise that conditional reinforcement by near-miss stimuli should increase persistence of gambling behavior” and suggested that “near-miss research may have been misguided from the start.”

While near-misses can be linked with heightened brain activity and elevated heart rates, there’s no concrete connection with an increased desire to continue gambling. If near-misses do lead to prolonged gambling, “the effect appears to be limited or idiosyncratic.”

Researcher Jeffrey Pislak told Medical Xpress that while casinos have no shortage of tools at their disposal for convincing people to part with their cash, “near-misses may not be one of them for most people.”

Pislak cautioned that just because his group’s study was unable to replicate the near-miss effect, “doesn’t mean people are any less vulnerable to exploitation by other means.” Pislak encouraged other researchers to conduct further studies to determine whether or not the last seven decades of problem gambling theory are based on actual science.

HUMANS ARE UNPREDICTABLE
A separate study published last month in the Proceedings of the National Academy of Sciences (PNAS) found that individuals are prone to making riskier decisions when the area of their brain that regulates dopamine production is in a low state of activity.

The study utilized 43 human subjects who were placed in an MRI machine (not all at once, mind you) so their brain activity could be monitored. Once inside, the subjects played a simulated gambling game in which they were asked to either choose a low-risk/low-reward ‘safe’ option or a high-risk/high-reward ‘risky’ option.

The kicker is that the subjects were only asked to play the game during moments in which their brains’ dopamine centers showed either higher or lower than normal activity in their dopaminergic neurons. The subjects were found to be more likely to take the risky option during moments when their neurons were in a state of low activity.

The researchers concluded that the subjects’ minute-by-minute variations in dopamine production may be a product of evolution, allowing humans to be “more unpredictable and better able to cope with a changing world.” Nevertheless, the results “underscore the importance of taking time when making important decisions, as you might make a different decision if you just wait a few minutes.”