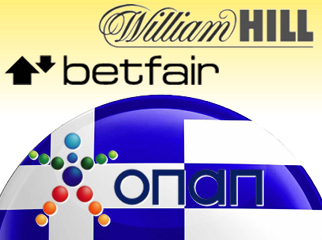 Last week, the head of Greece’s privatization agency warned that the recent €652m sale of the Greek government’s 33% stake in gambling outfit OPAP was at risk of coming undone. Stelios Stavridis, head of the Hellenic Republic Asset Development Fund (HRADF), warned that the sale had yet to be finalized due to winning bidder Emma Delta’s pursuit of changes to an earlier deal concerning OPAP. That €190m deal involved Greece awarding a 12-year state lottery license to an OPAP-led consortium that included Greek lottery tech provider Intralot and US lottery outfit Scientific Games.

Emma Delta wants the lottery deal revised to lower the service fees OPAP is required to pay Intralot and Scientific Games. Emma Delta is also questioning why those two service providers were given the right to veto board decisions on how to operate the lottery. Stavridis told Real FM radio that if the lottery deal is not signed, “the privatization of OPAP will effectively blow up.”

HRADF has had crisis talks with Emma Delta in a bid to resolve the situation, as the lottery deal was supposed to be signed by July 4. Stavridis said he hoped the OPAP sale would be finalized “by the end of August, beginning of September.” Should there be any further hiccups in Greece’s privatization plans, Stavridis could find himself out of a job. Under the terms of Greece’s €240b bailout, the International Monetary Fund and the European Union have the right to replace HRADF officials if they feel the privatization program is not proceeding with sufficient urgency.

ENTER THE HICCUP
As if on cue, two European online betting operators have taken steps to expose what they believe to be Greece’s illegal favoritism toward OPAP in order to ensure the sale goes through. On Monday, Betfair and William Hill announced they’d filed applications for the right to become Greece’s exclusive online gambling operator for a five-year term. The filings are intended to demonstrate that Greece had awarded the online gambling concession to OPAP without competitive tendering. The companies also insist that Greek claims to have acted out of concern for consumer protection are nonsense and that the move was taken to bolster OPAP’s attractiveness to potential buyers.

Betfair and Hills withdrew from the Greek market in November after the country revoked the temporary licenses it had granted them and 22 other online gambling operators in August 2011. This was followed by Greece announcing it was extending OPAP’s monopoly over online sports betting and random number generated casino games until 2020. This plan was shot down by the Court of Justice for the European Union (CJEU) in January, after which Greece submitted a revised plan, which is still being studied in Brussels.

The filing of Betfair’s and Hills’ applications is supported by Remote Gambling Association (RGA) CEO Clive Hawkswood, who said Greece “may have to compensate companies who had a legitimate expectation that they would be able to apply for the concession.” Liverpool-based operator Stanleybet has already suggested it will sue the state for £240m if it doesn’t back off its plans. Hawkswood also suggested that Greece might have to compensate OPAP investors who plunked their money into the betting company with the understanding that the monopoly was legally justified.

The RGA and the European Gaming and Betting Association (EGBA) filed fresh complaints over Greece’s shenanigans with the European Commission in May. Last month, the EC extended its ‘standstill’ period on the Greek legislation by another 30 days, with a new expiry date set for July 21.