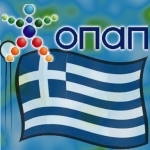 OPAP’s gambling monopoly in Greece is close to the end of the road after the Court of Justice for the European Union (CJEU) ruled it illegal. The monopoly contravenes European Union (EU) law as it grants exclusive rights without serving the public interest by limiting the amount of betting opportunities, according to a court ruling this morning. The current case was one filed by Stanleybet, William Hill and Sportingbet, with the result sending OPAP’s share price sliding downwards on the Stoxx Europe 600 Index – 11 percent to €6.27 at the last check.

There is still breathing room for Greece and if they implement stricter controls to ensure consumer protection they will be allowed to preserve it. If that doesn’t happen then Greece will have to open up the market to allow firms from other EU countries to operate.

Immediate reaction to the ruling came from Sigrid Ligné, secretary general of the European Gaming and Betting Association, who stated: Given the factual setup of OPAP’s monopoly which clearly fails to meet the CJEU test we hardly expect effective control to be implemented in the future. Therefore, Greece should follow the Court’s clear advice to liberalise the market. The ruling is highly relevant and gives the EC yet more jurisprudence to put an end to non-compliant gambling policies across the EU.”

Ligne is hopeful this ruling will give way to more cases being investigated by the EU regarding other member states that contravene EU law.

“At this stage only the EC, as the Guardian of the Treaties, can restore legal security by acting directly on the many complaints it has received, not only against Greece, but also against many other Member States. The EC can now take firm action on all pending infringement cases in order to ensure all Member States are in full compliance,” she added.