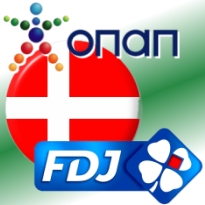 The Danish Gambling Authority (DGA) recently renewed 25 online gaming licenses for a further five years, but UK-listed operator 888 was conspicuous by its absence from the list of those earning a re-up. Turns out the company decided it wasn’t worth re-applying, with a spokesman telling GamblingCompliance that Denmark was “not a material market for us” and there were other jurisdictions in which the company would be “better off spending our money to go along with their regulation than Denmark’s.”

The DGA’s own figures for their regulated market’s first nine months show 23 of the 51 gaming licenses (spread amongst 33 operators) individually earned gross gaming revenue (GGR) below DKK 5m (US $876k). At the other end of the scale, eight online casino and four sports betting licenses earned GGR of over DKK 25m ($4.38m), while another 16 licenses fell somewhere in between the two extremes. Players are experiencing a 96% rate of return on casino wagers, compared to 85% of sports betting turnover. In Q3, ‘online casino games with commission’ (aka poker) accounted for 25% of total casino GGR, compared with 32% in Q1. When the final figures are in, FY 2012 GGR from online gambling is estimated to be DKK 1.94b ($340m) while the total Danish gambling market is expected to produce GGR of DDK 7.5b ($1.3b). State-owned Danske Spil was estimated to control up to 62% of the total market, although that figure is believed to have decreased somewhat.

Way down south in Greece, casino revenue fell 21.7% to €299.4m in the first 11 months of 2012, reflecting the general malaise and uncertainty hanging over the cash-strapped country. The most recent revenue figures from state-owned betting giant OPAP show revenues down 7.8% over the first three-quarters of 2012. Worse, Monday saw the launch of a strike by OPAP’s retail agents, which is expected to cost the company €15m for every day it continues. POEPPP, the agents’ association, is protesting the 10% tax on players’ winnings that took effect on New Year’s Day, which POEPPP poetically describe as a “blatant theft of hope.” (Seriously, is this Greece or Mordor?) POEPPP believes the tax will compel players to seek out less punitive alternatives online, and has proposed the 10% tax start after the first €100 of winnings, increasing to 15% when winnings top €1k.

Finishing up in France‘s much maligned gaming market, the state-owned Française des Jeux (FDJ) is crowing about a magnifique deux-mille-douze. Revenue rose 6.1% to €12.1b, a new record, thanks to a 3.7% bump in lottery sales to €10.7b and a 27% boost in sports betting wagers to €1.4b. Online revenue accounted for a mere €388m of FDJ’s booty. For a broader perspective on the overall French market, the good folks at Global Betting and Gaming Consultancy cooked up this info-graphic, which explains why French operators not named FDJ had far less to crow about in 2012.