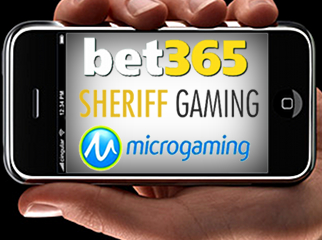 Dr. Christos Dimitriadis, head of information security for Greek gambling operator Intralot, recently told Computing magazine that mobile gambling will eventually become legal across all European Union member states. “It has to happen because states have to control [gambling] from a responsibility perspective.” Dimitriadis declined to offer a timetable for his prediction to become reality, but there’s no question operators have mobile on the brain.

HTML5 also allows Bet365 to detect the screen size, system capability and type of connection available to a customer’s device, allowing Bet365 to employ a “graceful degradation” of service where necessary. For example, if the customer had WiFi access, video streaming would start automatically, but if the customer was relying on a 3G connection, the video would be presented as a ‘click play’ option to conserve bandwidth.

The shift in focus from native apps to a one-size-fits-all HTML5 approach helps reduce fragmentation and provides Bet365 with efficiencies from decreased development timetables, but Bet365 isn’t abandoning native apps – nor HTML4 technology – altogether. Reed said making moves for which customers might not have the technology to enjoy to the fullest was “not good business sense.” Over half of Bet365’s customers have accessed the company’s offering via their mobile devices.

Paddy Power’s mobile casino brand Roller has just inked a sponsorship deal with Sky Sports’ Through The Night program. The deal will see Roller promos appear before, after and during Sky Sports News bulletins between 11pm and 5am starting July 1 through Nov. 30. Roller is a native iOS product featuring 19 table games, slots, roulette and video poker options.

Finally, Dutch 3D slots developer Sheriff Gaming recently released its first mobile slots. The rollout is a welcome diversion from the company’s recent negative headlines and is being conducted under Sheriff’s mobile banner SMART. The mobile push will eventually encompass 15 slots and five table games in over 20 languages. The products have been rejigged into HTML5 format in order to broaden their reach to all mobile devices.