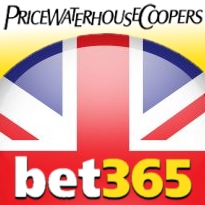 A Tory MP’s proposal to slap a levy on online bookmakers based outside the UK was rejected by the House of Commons on Friday. Backbench MP Anne McIntosh intended her Offshore Gambling Bill to raise money for the UK’s struggling horseracing industry by requiring all online bookies to hold a Gambling Commission-issued license and to make mandatory contributions to the loathed horseracing Levy. In what will come as a total shock, McIntosh’s Thirsk and Malton constituency includes Thirsk racecourse. In the end, McIntosh’s bill was turfed after sports minister Hugh Robertson pointed out that such a levy would fall afoul of European Union limitations on state aid. Besides, the government has already put a plan in motion to require all UK-facing online gambling outfits to hold a UK-issued license, so quit yer grandstANNEding.

ONLINE GAMING SPENDING BIG ON AFFILIATE MARKETING
PriceWaterhouseCoopers (PWC) has released the first ever UK study on the Online Performance Marketing (OPM) industry, which identified gaming as the fifth biggest spender by industry sector. The study, conducted by PWC on behalf of the Internet Advertising Bureau UK, said gaming accounted for 6% (about £49m) of the £814m UK businesses spent on affiliate marketing and lead generation activities in 2012. Consumers in the UK made around 100m direct transactions worth £8b as a result of affiliate marketing last year. They also submitted 70m enquiries that resulted in a further £1b in lead-generated sales. Combined, OPM accounts for 5-6% of all UK eCom sales.

BET365 RULES IN-PLAY ROOST
Bet365 has maintained its position atop the latest In-Play Tracker (IPT) report from GamblingData, although William Hill was dubbed the most improved in-play operator over the same period last year. The IPT Winter 2013 survey used daily 10-minute windows over a two-week period to gauge the number of in-play wagering events offered by 11 major online gambling operators. Bet365 topped the chart again with 636 total events, followed by Hills’ 457, Bwin’s 431 and Ladbrokes’ 412. Hills’ tally was up 53.9% over the Winter 2012 report, Bwin was up 36%, Ladbrokes up 31.6%, Unibet up 26%, Paddy Power up 20.4% and Bet365 up 19.1%. While Sportingbet’s total number of events was roughly equivalent with Unibet and Paddy Power, it was the only company to show a drop (-4.7%) in the number of events offered.