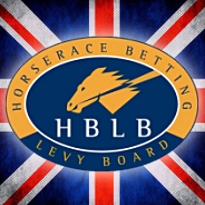 Given the British devotion to tradition, we find it incomprehensible that the nation’s bookies and its horseracing industry have chosen this year to forego the traditional reenactment of the Battle of the Somme that renegotiating a new horseracing Levy usually resembles. On Wednesday, the two parties announced they had reached an accord that will see the bookies ante up £72.9m to fund the 2013/14 racing season — £500k more than the current deal – and maintain the headline rate of 10.75% of bookmakers’ gross profits on racing.

The nation’s three largest bookmakers – William Hill, Ladbrokes and Coral – have agreed to contribute at least £45m to the Levy. Betfair’s £7m contribution deal with racing is also reflected in the total. Thresholds applicable to betting offices were nudged upward to take inflation into account and the Racing Post reported that smaller bookies would enjoy an increase in the flat rate rebate for each betting office.

The agreement was unanimously approved by the Horserace Betting Levy Board, which announced that its prize money allocations would top £50m next season, a 35% bump over 2012 and a 45% rise on 2011. The Board issued a statement saying that if racecourses continued to increase their own contributions, there was a real shot at topping the £110m overall prize money record set in 2009 thanks to “the Board’s commitment over £10m higher than in 2012 and racecourse media rights income set to increase by a similar sum next year.”

The agreement is all the more impressive considering it comes a full week before the negotiating deadline, after which the UK government is traditionally compelled to wade into the fray amidst remonstrations that ‘you kids are driving me crazy.’ Wonder what on earth the Tories will do with their unexpected spare time. (Go yell at some fucking plebs, presumably.)

Notwithstanding the ‘kumbaya’ theme to Wednesday’s announcement, British Horseracing Authority CEO Paul Bitar said the “mutual respect” between bookies and racing needed to continue so that the two sides could “recommence discussions on long-term commercial funding arrangement with the major operators and beyond … The flaws in the existing levy mechanism do remain … We look forward to government progressing its proposals for a long-term, enforceable replacement for the Levy.”