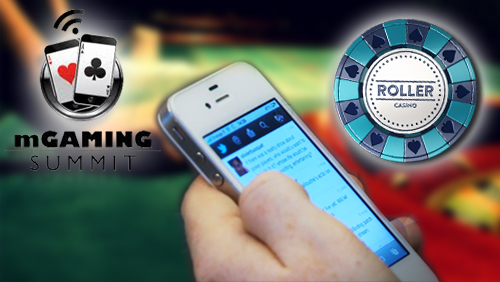 The first panel of the mGaming Summit concentrated their efforts on the topic of optimizing your mobile product. The triumvirate selected to give their honest appraisal were Rob Anderson, the Founder and Head of Games for Alchemybet, Tony Plaskow, Senior Director of Sales for Bally’s Technologies and Jamie Reeve, Product Manager for PaddyPower.

With Jamie Reeve on the panel it was sensible of Aideen Shortt to kick off the debate by singling out Roller Casino for special treatment. It was the first iOS-specific casino offering for the mobile and tablet device that was launched as a standalone project by PaddyPower. At the time of launch, CEO Patrick Kennedy, said it decided on the Roller project after research showed that the Irish firm was not seen as a casino specialist.

“We looked at the mobile space and most people were simply porting their desktop casino offering, so we saw a space to do something unique.” Said Reeve.

Reeve continued to tell the delegates of the benefit of having a mobile specific product, and how feedback was good regarding the playability of games that were a hybrid of the video gaming and casino worlds. The success of Roller Casino has prompted PaddyPower to release PaddyPower Vegas, a new branded skin, but ostensibly the same offering of games.

The Bally’s Director was the next man on the spot after Shortt asked him how Bally’s were progressing in mobile development. Plaskow compared the land based casino innovations, U-Spin and iDeck, with mobile gaming as evidence that Bally’s were already in the game from a wider perspective, but he was quick to point out that despite entering the market late, Bally’s were still having difficulties to transfer the success stories of their impressive land-based business into the mobile market.

“We are still in the early stages of the development cycle. It’s going to take us a little longer to get the right product into the market. At the moment we are still in process of porting.” Said Plaskow with a disappointed tone.

There was a lot of discussion centered on the decision to go native for the Roller Casino design. Rob Anderson said that Alchemybet decided to face the problem of multiple devices, and operating systems, by going down the HTML5 route.

“With the slots it’s hard to tell the difference between the native and HTML5 versions.” Said Anderson.

Reeve didn’t disagree, but pointed out that the benefits lost through a lack of cross functionality are more than made up for in the richness and depth of play for a specifically designed mobile product.

“Our customers like the fact that they are playing on a product that was designed specifically for them. It adds that added bit of trust.” Said Reeve.

Interface and payment option was another point discussed by the panel. Anderson commented that it was vitally important to get into the game as quick as possible and that the registration process needed to be a lot quicker with only age verification being a necessity. Reeve commented on the ease at which BetVictor customers can get into the games by using their PIN system, and also commented on William Hill and how they remember your password. On the payment front the panel acknowledged that there are still concerns by the consumer when it comes to putting your credit card details into a mobile phone.

“Putting your credit card details into a mobile phone is still not a natural process,” said Plaskow, “ Tablets are bigger and heavier and so it makes it feel more secure for people. Also demographics are important. Teenagers, for example, will enter their bank details into anything whilst older people are more skeptical and this needs to be understood.”

“There are still people who are afraid that their bank manager will see that they have been playing slots,” mentioned Anderson.

Short once again turned her beady eyes onto the face of Plaskow as she allowed him to ponder the question, ’Should Bally’s go with a new design, or should they leverage what they already have in existence with their land-based operation?’

“Creating a new mobile product is seen as a massive risk and also a massive cost. Plus we have all of this stuff that works so we should just move it onto mobile. It’s a very close-minded view. I moved from IGT to Bally’s. A big fish to a big fish and the mentality is exactly the same. It affords a bigger opportunity for the smaller developers to leapfrog us. We are not building mobile specific products and we should be.” Said the candid Plaskow.

The session ended with a discussion on the endless varieties of devices and operating systems that must be causing all sorts of headaches for developers. Not so for Paddy Power.

“It’s easy for us because the Roller Casino is designed specifically for the iOS system. The distribution is also great with the Apple apps store suiting us perfectly.” Said Reeve.

With research showing that under-20s are using the app store almost exclusively, it appears they might not even know any other way to access content. But with Samsung now becoming the biggest mobile device vendor in the world, and the Nokia Lumia set to increase Windows space in the market, it does give the developers much food for thought.