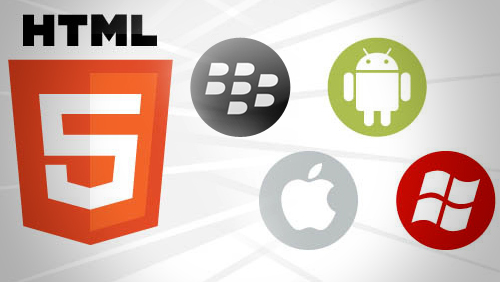 Once upon a time, an argument raged in the technological world of gaming about which technology was better suited to the marketplace: Java versus Flash. A lot of sand has dropped into the bottom of the hourglass since those heated debates, and the Java versus Flash argument is old hat. The new war of words now focuses on HTML5 v Native App. But in truth, who cares? At the mGaming Summit the panel of Christian Raiter, CEO & Founder of Mobenga, Pall Palsson, Executive Product Manager, Betware, Rob Smith, Legal & Business Affairs Manager Odobo and Gerald Tan, COO, Founder and Head of Product of Plumbee certainly did.

The HTML5 v Native App debate was certainly the highlight of the day. Passion stewed without a drop ever hitting the boiling stove, but the sight of people protecting their platform like a mother cradling her baby was interesting to see. People say that the argument is not black or white, but the color that sprung from this particular panel was very sugar coated. With the exception of Raiter, who seemed to play the role of a suave and sophisticated Devil’s advocate, each player had their own little baby.

One again it was PaddyPower’s Roller Casino offering that was used as an example as Pall Palsson took to the mic: “They {PaddyPower} have shown us a great iOS solution with Roller Casino. But they don’t have a solution on Android, and if Windows ever gets the penetration that their marketing powers should allow they will have a problem there also.” He continued, “HTML5 is fairly standardized now across all three of the main platforms – and even Blackberry. There are a lot of things that browsers do really well already. HTML5 allows you to scale between all the different devices. Smart TVs, desktops, tablets and mobile devices. Plus you can also take the same solution and package it as a very good native app as well.”

Rob Smith backed up that argument by declaring that they are not in the business to build the next, ‘Call of Duty,’ instead reminding everyone that they are building primarily casino parlor games and slot machines: “With android having such a huge footprint, you are cutting out such a huge market by going native.” He declared.

Gerald Tan, who seems to have more roles at Plumbee than a one-man band has instruments, sees things slightly differently. When Tan stares into his crystal ball he sees a world where the kids of today are as one with the Apple store: “80% of the consumption of mobile is through the use of Apps. Ask the kids where they get their games and they will show you the App Store. In the future, people won’t go to the web to get their games; they will just go through the App Store. Consumer preference will dictate what technology we use.”

But going back to my point in the original paragraph, ‘do the consumers actually care?’ It was a question that Raiter also asked his esteemed panel.

“I don’t think they even know the difference between HTML5 and Native,” said Palsson.

“So the debate is very operator dependent. The consumer wants something that is fast to get, fun, secure and hopefully pays them some money. Whether that’s native or web based…who cares?” Said Raiter.

Smith also made an excellent point when he reminded Tan that the vision in his crystal ball might be tainted: “The reason HTML5 is here is because people want rich media content through the web. The App Store is not designed for real money gambling products; neither is Google Play or anything else in the market.”

So is it really about giving the consumer what they want, or is it all about the developer’s bottom line? HTML5 may take a lot more time to manage and maintain, but it still seems to be a much easier, and cheaper, way of getting a product out to a wider population. Or as Aideen Shortt reminded everyone of the Dolly Parton quote, “ it takes a lot of money to look this cheap.” Great quote, but perhaps the best quote of the day was reserved for Pall Palsson, whose view summed up the whole debate perfectly.