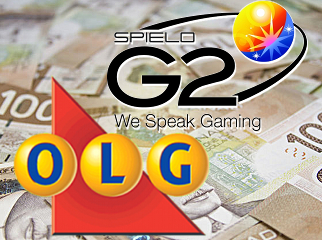 The Ontario Lottery and Gaming Corporation (OLG) has selected SPIELO G2’s BOSS MEDIA AB to power its online gambling site. The provincial lottery corporation plans to convert its PlayOLG.ca site from its current status as an info-only site to a real-money gambling offering later this year.

The conversion to real-money play will come in stages, beginning with lottery products, slots and casino table games, followed by bingo, online poker, sports wagering (assuming someone performs CPR on C-290) and other products. The SPIELO G2 contract is for a five-year term with two separate options to renew for three-year and two-year periods. OLG estimates the site could generate $375m in profits for the province over its first five years in business.

The selection of Lottomatica subsidiary SPIELO G2 – which rebranded from GTECH G2 in December (and Lottomatica itself rebranded as GTECH in January) – came after a lengthy competitive procurement process that began over a year-and-a-half ago. Other vendors vying for the OLG contract included Canada’s Amaya Gaming and OpenBet, the UK-based technology vendor behind the British Columbia Lottery Corporation’s pioneering PlayNow.com online gambling site. OLG is now prepping request for proposals (RFP) for online poker and bingo software suppliers, as well as for third-party gaming content.

Once OLG’s site goes live, Ontario will join British Columbia, Quebec and Manitoba in offering a comprehensive online gambling offering, while Canada’s Maritime provinces offer online lottery options via the Atlantic Lottery Corporation. BC, Quebec and Manitoba all share online poker liquidity via the GTECH G2-powered Canadian Poker Network, but OLG has yet to confirm whether it will sign on. Ontario has around 13m residents, while the combined population of the other three provinces is around 13.5m, making Ontario the Canadian equivalent of California in terms of its desirability as a liquidity source.

OLG CEO Rod Phillips touted his new toy as “the only safe, lawful and regulated internet gaming option in Ontario,” but Phillips is no doubt well aware that it’s not illegal for international companies whose infrastructure is not located in Canada to offer services to Canadian gamblers. At least, it’s not currently illegal, but that could change if OLG finds the competition is preventing it from realizing that $375m profit projection.