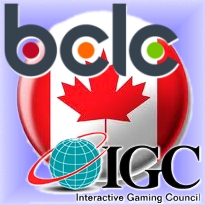 In a hearty throwback to that old Peter Sellers comedy The Mouse That Roared, the head of the British Columbia Lottery Corporation (BCLC) says the underperforming Canadian Poker Network (CPN) is poised to become the equal of market leader PokerStars – in Canada, at least. Michael Graydon, CEO of the provincially-owned/operated BCLC, told eGamingReview that the GTECH G2-powered CPN “will be very competitive with PokerStars,” adding that “we have to be. If we’re not, it’s not worth the investment.” The CPN currently consists of BCLC and its Quebecois equivalent, Loto-Quebec, although Manitoba has pledged to join once it takes its own lottery operations online early next year. The Ontario Lottery and Gaming Corp (OLG) is also preparing a move online, although it has yet to confirm it will join the CPN.

The most recent full-year financials from BCLC’s online operation PlayNow.com revealed that the poker division had come up $8.8m short of expectations. However, Graydon believes that once Ontario – which accounts for nearly 13m of Canada’s total 33.5m population – signs on to the CPN, it will prove “the tipping point” that will eventually convince all of Canada’s state-owned gaming corporations to join the party. According to Graydon, “if we add all of Canada up, we will likely end up being anywhere between the third and fifth largest poker network in the world.” Of course, the glaring flaw in Graydon’s logic is that he appears to believe the CPN will assume full spectrum dominance in Canada, an assumption that conveniently omits the continued presence of market leader PokerStars and other international online poker outfits currently meeting the needs of Canadian players.

What’s more, the Interactive Gaming Council (IGC) – the BC-based lobby group of which PokerStars is a charter member – recently launched igccanada.com, a Canadian website “dedicated to providing news and information about online gaming as it relates to the Canadian industry and its jurisdictions.” More to the point, the site “wants to ensure that timely and accurate information is available to Canadians” re online gaming. Emphasis on the ‘accurate’, as BCLC execs have been known to stretch the truth regarding the activities of international operators while ignoring the fact that these operators are subject to more objective oversight from their licensing agencies than the self-regulated BCLC is wont to subject itself. Oh, and a piece of friendly advice to Graydon: if you’re hellbent on having that duel with Stars, opt for the pistols, because Isai ‘Highlander’ Scheinberg is a right menace with a blade.