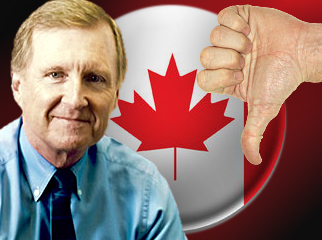 Canada’s single-game sports betting legislation is likely headed for defeat after facing sustained opposition in the country’s Senate. Senator Bob Runciman (pictured right), a key backer of the C-290 sports betting legislation introduced into the House of Commons last year by MP Joe Comartin (NDP-Windsor-Tecumseh), told the QMI Agency that he expects the bill to die on the order paper before the Senate breaks for summer in a few weeks.

Canada currently limits sports betting to parlay wagering offered by its provincial lottery corporations, but C-290 would amend the Criminal Code to permit Nevada-style single-game wagers. Unfortunately, Runciman says the sheer volume of senators looking to publicly state their opposition to C-290 on the Senate floor means there “just isn’t enough time on the calendar” to hold an actual vote.

The first sign of opposition to C-290 came in October when representatives of Major League Baseball told a Senate committee that they were shocked – shocked! – by news of the pending legislation. By the time senators actually got around to debating C-290’s merits, the majority of upper house members appeared to have swallowed the sports leagues’ dubious claims of damage to the ‘integrity’ of their product and the unsupported anecdotal claims of the toll legal sports betting would wreak on Canadian society.

Despite the dire outlook, NDP MP Brian Masse is vowing to work “to the last moment, ‘til the end” to lobby senators. Like Comartin, Masse’s constituency is in Windsor, Ontario, where a Caesars-branded border casino is struggling to attract US gamblers due to the high value of the Canadian dollar. The casino, which recently laid off 38 employees, was expected to be among C-290’s prime beneficiaries.

Should C-290 die, Masse has vowed to reintroduce the bill, while Runciman has suggested the bill could reappear as either standalone legislation or as part of a budget bill. In recent years, Canada’s ruling Tory party has made a habit of bundling all manner of unrelated legislation into omnibus bills, and since it holds a majority in the House, the Tories can effectively pass anything they like. The Tories also hold a majority in the Senate, but since Senators are appointed for life, there’s little blowback for rare displays of backbone like the one that appears to have doomed C-290.