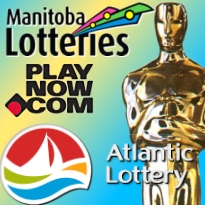 The province of Manitoba has become the latest Canadian jurisdiction to take its gambling online. Wednesday saw the official launch of the Manitoba Lotteries’ version of PlayNow.com, the online gambling site originally launched by the British Columbia Lottery Corporation (BCLC) in July 2010. The inter-provincial partnership was first announced in April 2012, and the PlayNow.com site has been amended to include BC and MB buttons. The online casino games of the Manitoba site will only be available to Manitobans, but the poker product will share liquidity with BC and patrons of Loto-Québec’s EspaceJeux.com site.

On Tuesday, Manitoba announced it had authorized True North Sports & Entertainment – the owners of the National Hockey League’s Winnipeg Jets team – to set up a small casino on the second floor of Cityplace, a downtown Winnipeg shopping plaza. The 5,000-square-foot gaming hall will feature 140 slot machines, two poker tables and four blackjack tables. Once the new site opens, the 50 video lottery terminals (VLTs) currently beeping and whirring at the Tavern United pub will close. The gaming hall, which will be owned by True North and operated by Manitoba Lotteries, was part of the deal that allowed the city to lure an NHL franchise back to Winnipeg and is intended to help financially support operation of the Jets’ MTS Centre arena.

Canada’s Senate broke for the Christmas holidays without holding a vote on the contentious C-290 single-game sports betting bill. The Senate is not set to reconvene until Feb. 5, but in the meantime, the Atlantic Lottery Corporation believes it’s found a loophole in the existing law that will allow it to accept wagers on the winners of the Academy Awards. Simply put, the Atlantic Lottery believes the current Criminal Code restrictions on betting on sporting events don’t apply to non-sports prop wagers, so get your wagers in now on whether Ben Affleck’s Canada-dissing Argo will take home Best Picture. As for C-290’s fate, despite the majority of Canadians backing passage, New Brunswick Liberal Senator Joe Day told CBC News he thinks the Conservative majority in the Senate “will be slow in bringing [C-290] up for a vote, which means it may never get resolved. It might just die a natural death.”

BCLC is keen to get in on single-game sports betting action, but while it’s waiting for the Senators to shit or get off the pot, it’s turned in its 2011/12 financial report card. For the fifth year running, BCLC contributed $1.098b in net income to provincial coffers while paying out $581m in prizes to players and $599.5m in commissions to lottery retailers and gambling facility service providers. Over 37k people are directly or indirectly employed in the province’s gaming operations and support industries.