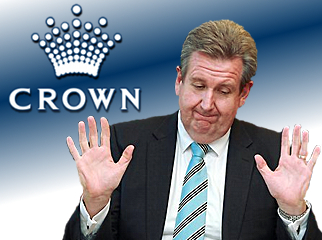 New South Wales Premier Barry O’Farrell (pictured right) set tongues a wagging on Friday after declaring that Crown Ltd.’s pursuit of a second Sydney casino license didn’t actually require a casino license. Aussie casino outfit Crown has proposed building a gaming joint in Sydney’s Barangaroo development that would focus on Asian VIP gamblers. Thing is, Echo Entertainment holds a monopoly casino license in Sydney, meaning Crown boss James Packer would have to wait until 2019 before his casino could harpoon its first Chinese gambling whale. But the Australian Financial Review quoted O’Farrell saying that since Packer’s joint wouldn’t contain any video poker (pokies) machines, it would be eligible for a gaming license, rather than the full-bore casino license held by Echo’s The Star.

Cue a media uproar in which O’Farrell’s comments were interpreted as suggesting Packer’s wait would depend solely on how long it took the billionaire to build his non-casino. On Friday, O’Farrell poked his head up above his foxhole long enough to downplay that interpretation and to chastise the media for taking liberties. “Of course [Packer’s] proposal … would not take effect until after 2019 after the exclusivity arrangement with [Echo] expires.” The Premier’s office insisted that the government had not changed its position on this matter and suggested the media had engaged in a bit of a “beat-up.”

It’s hard to blame the media for overreacting, given their conditioned response to any move involving the O’Farrell government’s handling of Packer’s proposal. The Pavlovian experiment began with the decision not to put a second Sydney casino through a public tender, followed by the sweetheart tax rate the casino will enjoy, plus the fact that the government appears to have rewritten regulations in order to fast-track Crown’s approval and has refused to release studies examining the project’s benefits.

Whatever O’Farrell’s true beliefs, public perception is that he’ll do what it takes to make Packer’s casino a go. That job may get a little tougher on rumors that an unidentified international casino firm has reportedly expressed an interest in the second Sydney license. And Echo – which is reportedly mulling upping its offering to integrated-resort status à la Singapore’s Marina Bay Sands – continues to press for an extension of its existing monopoly.

Asked Friday whether his government would consider a competing bid for the second Sydney license, O’Farrell told the Australian Associated Press that any overture from home or abroad would be “handled through the same process that currently is examining [Packer’s] proposal. It will be assessed on its merits… and the benefits it might bring to the state.” With that settled, O’Farrell’s attention can now return to more important issues, like making Packer’s birthday a new state holiday.