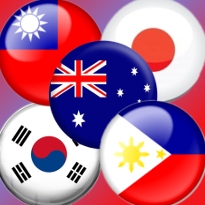 According to Bank of America Merrill Lynch, there are over 900 casinos in the United States, yet less than 100 in the entire Asia-Pacific region. With that stark disparity between the number of Asian gamblers and places to gamble in Asia, small wonder that the market is tapped for further growth, the current dip in VIP gambling revenue notwithstanding.

In Australia, Crown Ltd.’s controversial ‘unsolicited proposal’ to build a second casino in Sydney won’t be of much benefit to the taxpayer, according to former Citigroup analyst and current independent research consultant Jenny Owen. Crown’s plan is for an international VIP-focused casino, meaning the applicable tax rate would be 10%, about one-third the rate applied to other gambling revenue, like most of the action going on down the street at Sydney’s existing casino, The Star. Ms. Owen told the Sydney Morning Herald this made for “a very attractive business model, certainly one that I would have thought would go to public tender and should attract a reasonably significant license premium. Clearly that doesn’t appear to be the case.”

In Taiwan’s Matsu Islands, the Lienchiang County government has begun soliciting opinions from potential investors (both foreign and domestic) on what the region’s proposed casino gaming zone should resemble. Channel News Asia attended a forum hosted by the government and the gaming intelligentsia at the National Taiwan University of Science and Technology, which has been tasked with working out the nuts and bolts of what will be required to take the government’s casino plans from dream to reality. Over the next two months, the eggheads will receive suggestions from investors, mull them over, then present their findings to the government in late January. Only then will the Lienchiang gov’t begin work on its final proposal to the central government.

Not all the casino talk in South Korea is centered on the ambitious (overly so, according to some) 8City destination resort casino project planned for Yongyu-Muui Island near Incheon. Kangwon Land, the only one of Korea’s 17 existing casinos to admit local residents, saw its stock jump on speculation that the casino’s bid to add as many as 50% more gaming tables and slot machines will meet with the government’s approval. Bloomberg said the announcement could come before the month was out, prompting speculators to push Kangwon Land up over 5% to 27,750 won (US $25.64), a nine-month high.

There could be four less casinos in the Asia-Pacific region if the Philippine Star’s Frederico D. Pascual Jr.’s read of the Philippine landscape is accurate. In discussing the recent allegations surrounding Kazuo Okada and former PAGCOR execs, Pascual suggested the real rot here might lie in the physical foundation on which the Entertainment City destination casino project is being constructed. Noting that “many structures in the area have had some section sinking,” Pascual suggests a “thorough technical review may be needed.” Pascual also suggests creeping climate change could render Entertainment City’s land reclamation project a moot point should the sea “eventually swallow back that part.” Blimey… What’s next? Godzilla rising from the waters of Manila Bay? Of course, since Godzilla’s from Japan, he could be coming to save Okada…

There are currently no casinos in Japan, although the legislation to build them may finally see the light of day in April. Actually, it’s more correct to say there are no legal casinos in Japan. This weekend, Sankei Shimbun reported that police in Osaka had shut down Body Talk, a clandestine gaming joint that had been in operation for three years, during which time it generated a total ¥750m ($9.2m) in revenue for its proprietors. Which is pretty good, considering the joint consisted entirely of a single roulette wheel. Police more used to dismantling internet gambling operations were both taken aback and somewhat amused to find a physical roulette wheel operating in this digital age. Police say the throwback bust is the first of its kind since 1995 and so much easier to process due to the lack of having to pack up all those damn computer monitors, mice and cables.