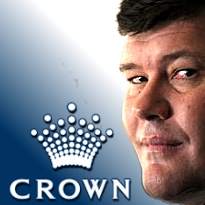 Australian billionaire James Packer’s seemingly effortless pursuit of a Sydney casino license may have hit a snag with the revelation that the New South Wales government altered competitive tendering regulations before giving the nod to Crown Ltd.’s proposal. A week ago, NSW Premier Barry O’Farell’s cabinet gave preliminary approval to Crown’s $1b plan to construct a casino catering to Asian high-rollers in Sydney’s Barangaroo development. Critics said the government’s decision to allow Crown to bypass a competitive tender process would cost the state untold millions in lost revenues and wondered why Packer was being treated like a hot blonde at a freshman mixer.

That criticism has grown louder this week, particularly after the Sydney Morning Herald broke a story with a suspicious timeline. (See if you can spot it.) On Aug. 10, Packer met with O’Farrell to discuss his Barangaroo project. On Aug. 17, the government quietly did away with the legal requirement to conduct independent evaluations of a proposal before it could be granted “unsolicited” status, which eliminates the need for a tender process. On Sept. 6, Crown formally submits its plan. (Did you spot it? Did you?)

O’Farrell’s spokesman told the Herald the legal alterations were “minor administrative changes to keep the document up to date and relevant.” But O’Farrell’s government has so far refused to release the names of the panel members who signed off on the regulatory rewrite nor the written findings that led them to conclude the offending clause had to go. There’s also the fact that Packer’s plan cleared its first government hurdle twice as fast as some badly needed infrastructure projects, which has critics stocking up on tar and feathers. Packer’s plan had already won Labor as well as Liberal support, leaving the parliamentary soapbox to the Greens. Enter MP John Kaye, who told ABC Radio the affair was “a dodgy NSW Inc. process. This is about making sure you can deliver for your mates.”

Australian taxpayers may or may not be out millions due to Packer’s easy ride, but the clear loser is Echo Entertainment, which will see its Sydney casino monopoly end in 2019. Investors pummeled Echo’s stock following Crown’s coup, despite the fact that The Star casino’s crosstown competition is still seven years away. Aussie wagering giant Tabcorp feels Echo’s pain, having recently lost the comfortable poker machine duopoly Tabcorp shared with Tatts in the state of Victoria. Tabcorp currently holds an exclusive wagering license in NSW, and while the license itself is good for (literally) another 85 years, its exclusivity is up for renewal in 2013. In 2011, Victoria extended its exclusive wagering license with Tabcorp by a further 12 years and Tabcorp shareholders are fervently hoping the O’Farrell government will do likewise. Plus now they’re probably praying that Packer doesn’t decide to launch a new Packer Punt wagering subsidiary.