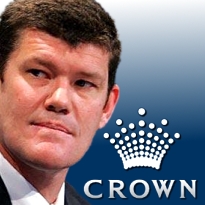 Crown Ltd. boss James Packer is having a banner day. To begin with, Australia’s competition watchdog gave thumbs-up to Rupert Murdoch’s News Corp’s $2.1b bid for pay-TV outfit Consolidated Media Holdings, in which Packer holds a 50.1% stake. Assuming the News Corp deal goes through, the extra $1b in Packer’s pocket will help immeasurably in funding two other projects more dear to Packer’s heart than being a media baron.

The first involves Packer’s long-desired casino-hotel complex in Sydney’s Barangaroo development. On Thursday, Packer announced he’d struck an exclusive deal with developer Lend Lease Group to construct a six-star integrated resort in Sydney Harbor. Lend Lease is already developing two commercial towers on the Barangaroo site. Packer still doesn’t have regulatory approval for the “VIP-only gaming facility” he wants to include with the hotel property, but there’s no rush. Packer says Crown and Lend Lease will take up to two years to make sure the blueprints are up to snuff before seeking the nod from regulators. But Packer made it clear that without a casino, there won’t be a resort to integrate.

To make his Barangaroo dream a reality, Crown will have to reach some accord with Echo Entertainment, which holds a monopoly license on casinos in Sydney until 2019. Crown currently holds a 10% stake in Echo, but has applied to boost that stake to 25%. However, Packer dismissed suggestions that he’d entered into some kind of Echo takeover scheme with Malaysian conglomerate Genting, which holds its own 10% stake in Echo and is also seeking to raise the investment cap. The Australian quoted Packer as saying “I have no arrangements with [Genting boss] K.T. Lim.”

One day earlier, Crown got the nod to add a $568m, 500-room hotel to its casino in Perth. In exchange for adding the six-star lodgings – dubbed the Crown Towers Perth – to the local skyline, Packer got the West Australian gov’t to agree not to oppose Crown’s application to add an extra 500 gaming machines and another 130 gaming tables to the casino floor over the next five years. Construction on the hotel is expected to start next year and be completed by 2016. 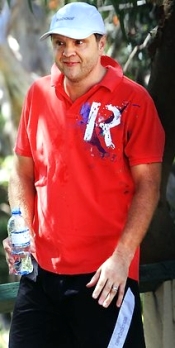 PUNTERS CLUB DATA REVEALED IN COURT
The Australian Tax Office’s pursuit of back taxes it claims it’s owed from the so-called Punters Club is shining more light on the activities of the group of former math geeks from the University of Tasmania. The ATO is specifically targeting Club member David Walsh, the owner of Tasmania’s Museum of Old and New Art (MONA), for $37m the ATO claims Walsh neglected to pay on his share of the Club’s winnings between May 2006 and March 2010. Walsh’s defense is built on the fact that gambling winnings have never been taxed by the ATO, but the ATO claims the Club – which makes thousands of bets daily on race and sporting events around the globe – is a business, and thus the winnings fall under the category of income. Walsh has stated that he’s willing to pay taxes on future winnings, but he objects to the ATO moving the goalposts after the fact.

The Sydney Morning Herald reported that ATO documents filed with the court this week show that the Club’s turnover went from $555m in 2004 to $2.453b in 2006. Winnings (or profits, depending on whom you ask) came to $66m in 2006, and it’s believed that both turnover and winnings continued to increase in the ensuing years. The ATO alleges that Zeljko Ranogajec, the legendary whale whose betting slips reportedly accounted for up to 10% of Tabcorp’s horseracing turnover, is the Club’s ringleader with a 20.79% slice of the Club’s pie. Between 2004 and 2006, Ranogajec declared income of $736k, but the ATO says his actual winnings/income for the period amounted to $36m. Ranogajec has since left Australia for the relative safety of the UK.

Meanwhile, MONA owner Walsh has used his status as Tasmania’s art patron to full advantage, openly musing about having to shut the popular tourist attraction – it drew 600k visitors in its first 18 months of operation – if the ATO gets its pound of flesh. A Facebook campaign in support of Walsh’s bid for a negotiated settlement has attracted 3k supporters out to save not only a tourist draw but an employer of 170 Tasmanians. Even more appropriate, social betting site FavourIt is offering a MONA prop wager: Will MONA close its doors by 2013? Wonder if Ranogajec has the inside scoop on how this bet will turn out.