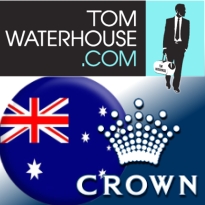 Crown Ltd.’s controversial proposal to build a second casino in Sydney, Australia is generating further controversy via the NSW government’s refusal to release a report it commissioned to establish the project’s benefits to the state. The Sydney Morning Herald reported that Premier Barry O’Farrell’s administration tasked Deloitte consultants with verifying if the economic benefit claims made by Crown when it submitted its proposal to build a VIP-focused casino in Sydney’s Barangaroo development were “relevant and achievable.” Deloitte was also asked to determine how much of the business generated by a new casino would be new business, and not simply poached from Sydney’s existing casino, Echo Entertainment’s The Star.

O’Farrell’s government claims the report was created primarily for use by the cabinet and is therefore exempt from the Government Information (Public Access) Act. Critics of Crown’s proposal have previously protested the O’Farrell government’s decision not to put a second Sydney casino through a public tender, the sweetheart tax rate the casino will enjoy and the fact that the government appears to have rewritten regulations in order to fast-track Crown’s approval.

DICAPRIO UNCHAINED
Meanwhile, The Star was mocked by the Daily Telegraph for reportedly spending over $600k to fly in the stars of Quentin Tarantino’s Django Unchained on New Year’s Eve for a night of comped conviviality. Leonardo DiCaprio, Jamie Foxx and Jonah Hill and others arrived in Sydney via private plane and were treated to a day of cruising off Bondi Beach on a yacht stacked with bikini babes, but The Star’s stars were apparently a no-show at the casino’s Marquee Nightclub New Year’s party. Instead, the actors watched the fireworks in Sydney Harbor before rushing to the airport for another jet back to Las Vegas in time to catch that city’s countdown to midnight. Let’s hope environmental evangelist DiCaprio purchased some carbon offsets to atone for that bit of pocket-padding globe-trotting.

WATERHOUSE NRL DEAL DIVIDES CRITICS
Following Aussie bookmaker Tom Waterhouse’s apparent heist of the National Rugby League gambling partnership from incumbent Tabcorp, the Wauchope Gazette quoted an unidentified industry figure describing young Tom as “more promotion than substance” while another compared him to a prospector bragging about a claim before actually striking oil. But Neil Evans, public affairs head at TAB corporate bookmaker Luxbet said the PR side of this business “has always been big, it is probably bigger now because it is so much more driven by money and deals.” Racing NSW chief Peter V’landys described the move as part of Waterhouse’s ongoing efforts at “building a brand, building a company, building an asset.”

For his part, Waterhouse, who has been the public face of his company’s promotional efforts since the site launched in 2010, says the ‘softly, softly’ approach no longer works since restrictions on interstate betting and advertising were eased in 2008. Even before last week’s NRL deal and the Channel 9 TV sponsorships, Waterhouse was believed to be spending $20m annually on advertising (but since the company is private – and determined to remain so – such figures can only be estimated). The fourth-generation bookmaker also says his long-term plan is to tap into the lucrative Asian market.