Buy low, sell high. That’s the simple way to success in investing. But it turns out that whether investing for the own accounts (through insider buying) or for the company itself (through share repurchases) corporate executives are hardly better than the rest of us at accurately gauging the market for their stocks. Too often, they stockpile corporate cash when markets turn down – creating a so-called “fortress balance sheet” to protect against market fears – and then spend that cash at or near the top of the market. 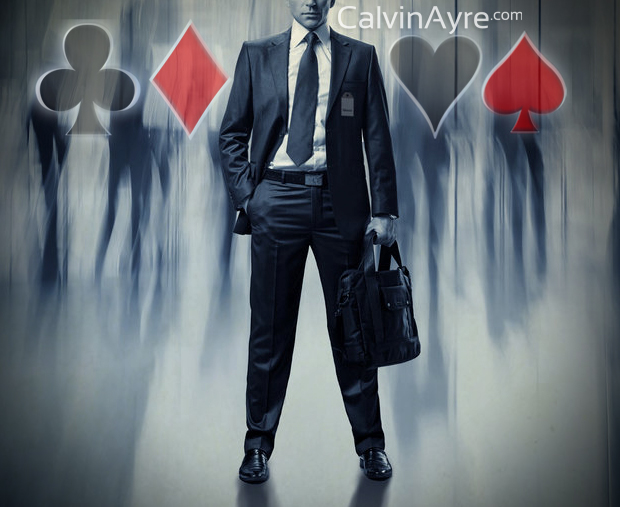 This is doubly true of acquisitions of other companies; according to multiple surveys, about 70 percent of corporate acquisitions turn out to be failures, and the gambling sector has been far from immune. A little over a year ago, the sector saw a wave of acquisitions in the social and iGaming spaces, driven in part by the late 2011 Department of Justice opinion on the Wire Act. Caesars Entertainment (CZR) – itself a recipient of a massively overpriced private equity buyout in 2008 –  spent close to $200 million for Playtika, a social games developer who currently offers just two games. Two weeks after Caesars announced its intentions to swallow Playtika whole, International Game Technology (IGT) would pay $500 million for Double Down Interactive; the price tag on that deal was almost immediately panned by analysts. In March, social games leader Zynga (ZNGA) acquired OMGPOP for $180 million; Forbes would later argue that Zynga bought the Draw Something developer “literally the day” its user base peaked.

There were a number of other, smaller acquisitions in the online gambling and social media spaces, spurred by the predicted convergence of social gaming and iGaming. But now, the sector has seen two large acquisitions in the US land-based gambling market, a market many analysts – myself included – had basically left for dead. In December, Pinnacle Entertainment (PNK) agreed to purchase Ameristar Casinos (ASCA) in a $2.8 billion transaction. A month later, Scientific Games (SGMS) laid out $1.4 billion for slot machine manufacturer WMS Industries (WMS). And while it wasn’t an acquisition, Penn National Gaming (PENN) in November announced plans to spin off a real estate investment trust, which could be used to finance competitors’ properties through so-called “sale-leaseback” transactions.

With gambling stocks roaring again – the Market Vectors Gaming ETF (BJK), based on an index of gambling shares worldwide, is up 30 percent just since August – and corporate activity increasing, investors may start to look for the next acquisition target. Unfortunately, corporate mergers are a lot like NBA trades. Everyone loves to speculate about them, but the ones that are most often rumored – and seem to make the most sense – never seem to be consummated. Instead, even blockbuster deals often seem to come from nowhere, despite the fact they take weeks or months of negotiations.

But, like the NBA at the trade deadline, it’s still interesting to guess as to who might be going where – and for how much money. Toward that end, here are some of the potential targets if the activity of the last few months does indeed become a trend:

Formerly known as Shuffle Master, SHFL has expanded well beyond its initial focus on automatic card shufflers. Its “Utility” segment encompasses the legacy shuffling equipment, along with accessories for baccarat, roulette, and floor management. SHFL’s proprietary table games portfolio includes popular games such as Three Card Poker, Casino War, and Ultimate Texas Hold ‘Em, along with side bets for blackjack and pai gow. Meanwhile, the company’s electronic table games feature live-dealer “iTables” along with fully automated craps and roulette tables; SHFL has also established a growing slot machine business outside the U.S. And the company, of course, offers an iGaming segment; the company has already received an online poker license in Nevada.

In short, SHFL is essentially the perfect play on convergence, with assets across platforms and geographies. 56 percent of its sales came from outside the U.S. in fiscal 2012, according to the company’s annual report, while it has licensed its proprietary games to a number of iGaming operators. In the conference call following fiscal fourth quarter earnings, CEO Gavin Isaacs noted his company’s focus on precisely that convergence, telling an analyst, “We don’t want to have multiple platforms. Our goal was to have one platform,” and adding, “It’s the convergence of the platforms, but more ability it’s the ability to leverage the content.”

That content could be of interest to any number of players, precisely because games such as Three Card Poker and Ultimate Hold ‘Em can draw demand anywhere in the world, whether in a casino or on a computer. Meanwhile, SHFL’s business model – which provides a stream of recurring revenue from licensing fees for both its intellectual property and its shuffling machines – would make the long-term effects of an acquisition easier to predict, and thus easier to defend to analysts and shareholders. SHFL has posted strong earnings growth over the past few years, with earnings rising from 29 cents in 2009 to 68 cents per share in 2012; revenues have risen 44 percent over that time, with increases in all four of the company’s reporting segments.

Its international strength would be of interest as well for an acquirer, who could use SHFL’s existing relationships to market their own products in Latin America and – most importantly for any gambling operator – Asia. (Scientific Games CEO Lorne Weil cited similar logic in defending his purchase of domestically-inclined WMS.) The best fit here would likely be Bally Technologies (BYI), who saw less than 14% of its revenue in the last two quarters come from overseas. Bally could easily integrate SHFL’s existing slot portfolio, and use SHFL’s international relationships to get more Bally games on the floor in more locations. SHFL is only trading for about 10x its trailing EBITDA (earnings before interest, taxes, depreciation, and amortization) when excluding its cash on the books; Bally would have to offer a substantial premium to SHFL’s Friday close of $16.20, but given the myriad growth opportunities and the clear fit between the two companies, it could talk itself into it, as could other multinational suppliers.

In one of my very first columns on this site, I recommended investors stay away from DDE, a small-cap operator of a casino and racetrack in Delaware. The twin threats of government and cannibalization were simply too much for a single-casino owner to overcome. And, indeed, DDE has continued its multi-year slide, closing Friday at just $2.29 per share.

The problem for Delaware has been the opening up of regulated markets in the states surrounding it, notably Maryland and Pennsylvania, which has deprived Delaware casinos of many out-of-state dollars. That slow bleed is why the Delaware legislature authorized online gambling last year, in addition to modifying onerous tax and licensing provisions in the state. Yet while Caesars stock nearly doubled this week after New Jersey appeared set to establish online gambling, Dover Downs has been largely ignored.

There’s reason for that; Delaware’s regime is to be controlled by the state lottery, as opposed to New Jersey’s plan to allow its licensees to develop their own platforms (and pay additional tax). But Delaware also explicitly allows for interstate compacts; as such, there is a possibility that a presence in Delaware could, eventually, be used to target the far larger and more lucrative New Jersey market. PokerStars is entering the New Jersey market through its purchase of the Atlantic Club casino; might another company make a more speculative bet on Dover Downs? The most logical acquirer here is Churchill Downs (CHDN), who could add Dover Downs to its large portfolio of horse tracks, sell off (or sell the management rights) to Dover’s NASCAR facility, and use the racino license to initiate an online gambling presence. Churchill has been aggressive of late, buying Bluff Media – publisher of poker magazines and websites – last year and has told its shareholders it is looking for more companies to buy. Dover Downs would be a highly speculative play, but with the stock trading at an all-time low it might be worth the gamble.

The upstart slot machine manufacturer continues to roll; its stock has quadrupled since October 2011 as it continues to outperform expectations. With a focus on under-appreciated tribal casinos, and impressive growth, the company could be a nice fit for larger players Bally or International Game Technology (IGT). Investors leading IGT’s “proxy fight” have criticized the company for neglecting its legacy slot business in favor of social media and iGaming initiatives. New management might consider an MGAM acquisition a clear signal to employees, investors, and Wall Street that IGT’s focus is back solely on slot machine manufacturing and development. MGAM’s continuing increases in revenue could also help IGT create the growth the company – and its share price – have been sorely lacking over the last few years.

Is this finally the time? With consolidation long foreseen – notably in the online poker segment – European finances slowly stabilizing, and the failure of the bwin-PartyPoker merger fading into history, will European iGaming companies finally start tying the knot? There have been a host of smaller acquisitions on the Continent over the last couple of years, but overall, iGaming there continues to suffer from fragmented regulation and questionable taxation regimes. Those pitfalls seem likely to keep consolidation at bay for the time being, simply because potential acquirers cannot calculate the potential benefits of synergy and market expansion with any real certainty. A CEO taking an acquisition proposal to his board will be bombarded with questions. What will be the new taxation regime in the UK? Can anyone make any money in a regulated market in Spain? What the hell is going on in Germany? Without answers, the models don’t work; and in corporate finance, without models, deals don’t get done. The on-again, off-again courtship of Sportingbet PLC by William Hill and GVC Holdings – three companies that clearly wanted to do a deal – shows how difficult M&A activity in those markets can be. The web of partnerships, licensing deals, subsidiaries, and regulators makes tie-ups on the Continent complicated. Markets, and executives, don’t like complicated; they like simple. They want a deal that can be clearly explained and defended on a single conference call, aided by a single PowerPoint. In European iGaming, there seem to be very few – if any – deals that could possibly meet those criteria.