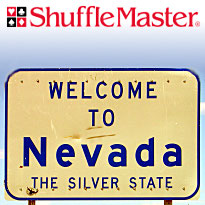 The Nevada Gaming Commission (GC) has approved the online poker technology provider license application by US gaming device maker Shuffle Master Inc. Earlier this month, the Nevada Gaming Control Board (GCB) okayed Shuffle Master’s bid, leaving only the GC’s stamp of approval to seal the deal. Shuffle Master becomes only the third company to receive such an honor, following the approval in June of similar applications by Bally Technologies and International Game Technology. That same month, Shuffle Master killed a potential deal to acquire Bwin.party’s surplus online poker platform Ongame, leaving it without an immediate online strategy beyond offering free-play versions of some of its more popular casino floor games in order to drive traffic back to the brick-and-mortar realm.

The GC had other business on Thursday, such as rubber-stamping the GCB’s preliminary finding of suitability for Irish operator Paddy Power. Unlike UK rival William Hill, Paddy doesn’t have any pending business in Nevada, but it wants the freedom to move in case the right opportunity presents itself. In addition, the GC approved the $100k fine the GCB leveled on Caesars Entertainment for allowing minors to gamble and consume alcohol at its Las Vegas properties. While the fine is considerable by Nevada standards, commissioners didn’t feel it accurately represented their annoyance with Caesars for embarrassing the state’s cash cow industry. The Las Vegas Review-Journal quoted Commissioner Randolph Townsend describing Caesars’ transgressions as “not an isolated incident, but a pattern of abuse.” Townsend warned that if Caesars were caught looking the other way again, he wanted “a seven-figure settlement or else we will litigate it.”

On Wednesday, the state’s Gaming Policy Committee (GPC) met for the fourth (and final) time this year since Gov. Brian Sandoval reconstituted the long-dormant body to deal with the state’s online poker plans. The GPC ultimately voted to adopt five non-specific, non-binding policy recommendations that will be submitted to state legislators before they return for the next legislative session in February. The approved recommendations include a suggestion that Nevada be allowed to enter into compacts with other states – and possibly other countries – to boost liquidity. However, the GPC declined to recommend a blanket prohibition on licensing any company that previously took wagers from state residents in violation of US law.

GCB chairman Mark Lipparelli told the other 10 GPC members that the first online poker operators could be presenting their wares for vetting by regulators within 60-90 days and a few could be up and running before the state legislature reconvenes. The current plan has operators paying 6.75% tax on cash games, but certain tournament revenues might not be taxed at all. Following the meeting Sandoval said he had “confidence” in the state’s regulators. “The technology is always evolving, but I have a level of comfort the public is protected.”

Eldorado/Caesars merger is in the bag after New Jersey approval
Erik Gibbs
20 July 2020
.