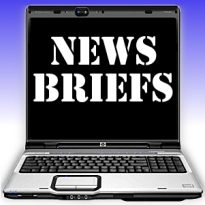 Irish bookies Boylesports have added Playtech’s online casino products to its current poker and bingo offering. The two companies have had a relationship since 2008, and the new deal includes flash/web-based and download slots, table and card games. Boylecasino.com will also take advantage of Playtech’s player management, bonusing and loyalty tools.

Spanish operator CIRSA has selected Parspro to provide it with a sportsbook to complement its existing Microgaming-powered poker, casino and bingo products. The deal calls for Parspro to provide Cirsa.es with its automated ppTOTO sportsbook, including a live betting client and mobile platform.

Betgenius has provided Gala Coral’s online betting site Coral.co.uk with an updated version of its Betstream live betting console. Already integrated with the Genbet, Openbet, Warp, Connextra and Finsoft MM2 platforms, Betstream allows users to customize their pages with specific layouts and markets for each sport, along with scoreboards, stats and bet suggestions for multiple sports.

Caesars Entertainment has completed its takeover of Israel-based social network games developer Playtika. Caesars acquired 51% of Playtika in May for a reported $80-90m, a deal that included the option to swallow the rest of the company within two years. Sources told Israeli media outlet Globes that the remaining 49% of Playtika cost Caesars slightly more than the stake was valued at in May. The deal is the largest of its kind in the history of the Israeli gaming/gambling sector.

Unibet will shut its Croatian and Latvian sites effective Jan. 1. Customers in these countries will still be able to sign up and play at Unibet, but they will have to do so in English, not their native tongue. Affiliate banners written in those languages will still work, but they will now redirect customers to Unibet’s English-language site.

William Hill was not among the first batch of licensees selected by the Danish Gambling Authority, and its absence from that list was reportedly due to the recent walkout at the Tel Aviv office of William Hill Online. WHO regulatory affairs manager Matt Green told eGR the Israeli brouhaha was sufficiently distracting that the company was compelled to choose between applying for a license in Denmark or Spain. WHO ultimately identified Spain as its priority, but now that its Spanish paperwork has been submitted, WHO intends to file a Danish application in the next few months.