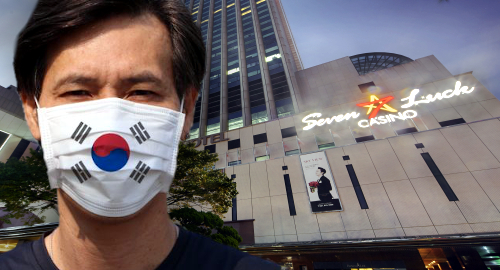 South Korea’s casino operators can’t seem to get their engines out of reverse as the country struggles with its pandemic third wave.

This week, Grand Korea Leisure (GKL) announced that it was closing its Seven Luck Casino in Busan due to a local surge in COVID-19 infections. The shutdown took effect on Tuesday (2) and will extend until the morning of Monday, December 15.

GKL’s announcement follows last week’s closure of its two other Seven Luck casinos in the capital Seoul as the region shifted to ‘Level 2’ of the country’s pandemic mitigation strategy. GKL’s casinos were already restricted to operating at just 20% of normal capacity when Seoul moved to Level 1.5 in mid-November.

The Seoul casinos are currently scheduled to reopen on December 8, but that appears doubtful. The country’s third wave is unlike the first two, which were largely based around concentrated hotspots rather than the widespread infection growth currently on display across the country.

GKL, a state-run subsidiary of the Korea Tourism Organization, warned investors that the combined impact of the shutdown of all three of its foreigner-only casinos would result in lost sales of KRW5.5b (US$5m), based on its average daily sales in the third quarter.

The country’s largest foreigner-only casino operator, Paradise Co Ltd, has yet to follow GKL’s lead by shutting down its Busan venue. Paradise operates four casinos, two of which – Paradise Walkerhill in Seoul and Paradise City in Incheon – were forced to close last month when those regions went to Level 2. Paradise also operates a small casino in the tourist region of Jeju.

That Jeju property was the weakest performer in the November sales figures Paradise released on Wednesday, accounting for just KRW249m of the nearly KRW10b ($8.85m) the company earned last month. Paradise City brought in KRW5.8b, but that was down 81.2% year-on-year.

The pandemic’s effect on international travel has done major damage to casinos reliant on foreign tourists. At present, local residents can gamble at only one Korean casino – Kangwon Land, located in a ski resort 200km north of Seoul – a perk that ensures the state-run venue routinely outperforms all other Korean casinos combined.

That might not always be the case, as the 1989 law that enshrined Kangwon Land’s special status – intended to support a community that lost its economic mojo following the closure of a mining project – is set to expire in 2025 unless the government chooses to extend that policy.

Meanwhile, Yang Hyun-suk, former CEO of K-pop management giant YG Entertainment, was fined KRW15m ($13,600) last week for gambling in casinos during multiple trips to California between 2015 and 2019. Yang, who admitted gambling but claimed his betting was “not severe,” previously apologized to K-pop fans for all his shortcomings.

Korea’s prohibition on locals gambling in casinos anywhere buy Kangwon Land extends even when its citizens travel abroad. Yang was lucky that the Seoul court bought his claim that his gambling wasn’t ‘habitual,’ as that charge carries the possibility of three years behind bars.