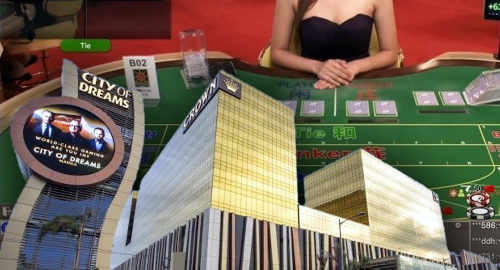 Philippine casinos have reportedly received permission to launch online gambling operations to help make up for the pandemic downturn in their land-based business.

On Tuesday, Bloomberg reported that the Philippine Amusement and Gaming Corporation (PAGCOR) had okayed several of its land-based casino licensees to launch online betting operations as a means of offsetting the steep losses Manila’s integrated resorts have suffered due to the COVID-19 pandemic.

Rumors of such a step have been circulating for about a month and PAGCOR confirmed last week that it had received proposals from some casino licensees seeking to take online bets “from known patrons only.” PAGCOR said at the time that various government departments were “conducting studies” related to these proposals.

It’s unclear whether this online betting permission will become a permanent part of the casinos’ gambling palette or whether it’s simply a stopgap measure to ensure the casinos can earn a buck or two (which PAGCOR can then tax). The casinos are currently operating at only 30% capacity and international travel to the Philippines is a shadow of its former self.

It’s equally unclear whether Philippine residents will be allowed to access these new online gambling operations. The sites operated by the ever-dwindling number of PAGCOR-licensed Philippine Offshore Gaming Operators (POGOs) are strictly off-limits to local residents.

The ‘known patrons only’ qualifier suggests the casinos want to target their existing rosters of high-rolling VIP gamblers, many of whom previously enjoyed the long-distance benefits of so-called ‘proxy’ betting, which relied on communication with a trusted confidant physically sitting at the gaming table or a live video feed of the action.

Junket operators played a key role in proxy betting, which at one point was credited with as much as one-half of all VIP turnover in Manila casinos. Junkets will almost certainly play a major role in PAGCOR’s new online casino tolerance, given that the casinos don’t want to get involved in helping China-based VIPs in skirting that country’s strict capital controls (let alone fall afoul the proposed new laws against foreign gaming operators who target Chinese customers).

SUNCITY GETS OUT ITS 10-FOOT POLE

PAGCOR’s new online tolerance could prove problematic for the Suncity Group junket, which controls a major share of Manila’s junket operations but was accused by Chinese media last year of being the single largest online operator targeting mainland gamblers.

Suncity went to great lengths to dispel these reports, ultimately agreeing to halt any operation “if the laws of Macau do not allow it and will strictly adhere to the law of Macau.” This May, Suncity abruptly shut its 138.com gambling site without explanation.

In June, PAGCOR boss Andrea Domingo claimed that Suncity had halted its Philippine-licensed offshore gambling operation. Suncity responded by saying these “telebetting services” had nothing to do with its land-based junket operations, which would continue uninterrupted.

PAGCOR’s new online permission slip may be welcomed by other junkets but a once-burned, twice-shy Suncity may go to great lengths to avoid even the suggestion of any digital connection to mainland gamblers.