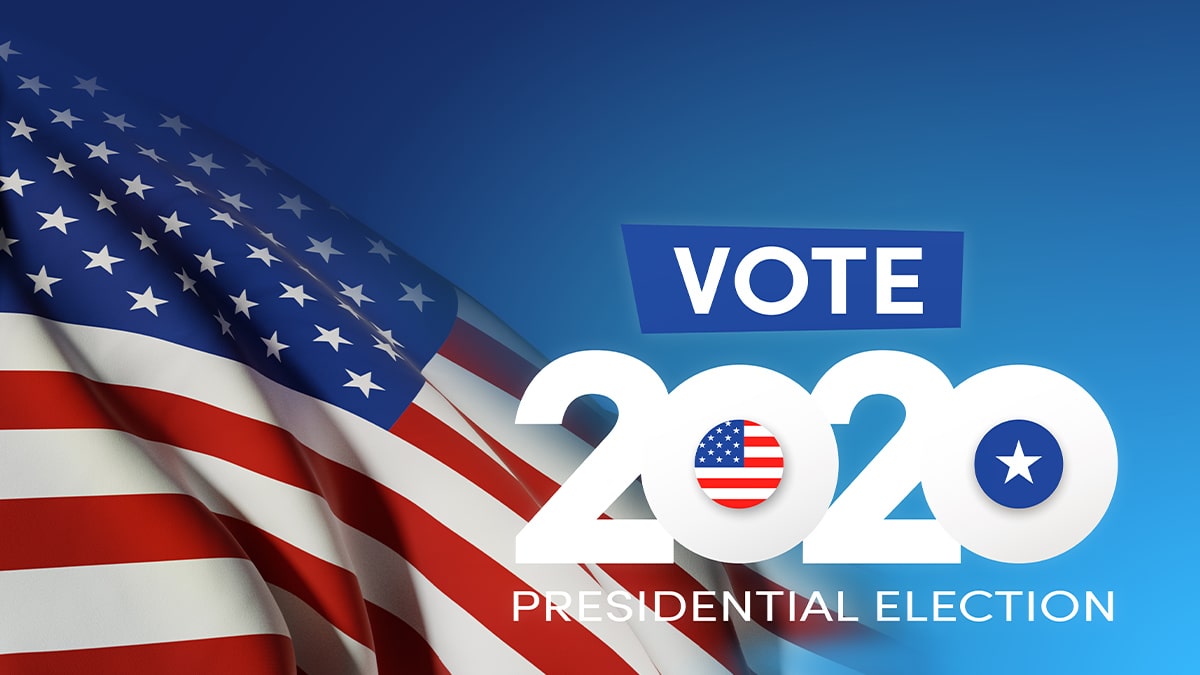 This upcoming U.S. Presidential election is expected to be the biggest betting event ever, with many wagers expected to come in just as the ballot boxes close. The whole world will be watching to see the result, and many won’t stop wagering, as live wagering will keep things interesting right up until the last state is called.

With that in mind, I thought it might be handy to have a little viewing guide for our readers. We know what the odds are, we know the order states will start reporting, and we know what each candidate needs to win. So here’s what to expect as you watch the vote get counted on election night, and how to use it to your advantage for wagering.

The overall race: Biden is favored to win

The latest odds from Bodog have Former Vice President Joe Biden a -180 favorite (64.3%) to win the election. President Donald Trump is currently at +150 (40%). As experts have pointed out, that’s very different from what polling experts have suggested. Fivethirtyeight.com has Biden at 88%, with Trump at 12%.

Assuming all of these states are in the bag for each candidate, we discount them from our watching guide. If any of them flip, you can throw all of the math I’m about to do out the window and start to figure it out on your own.

How can I watch election night?

For Americans, every major network will be broadcasting the election, making it very easy on you. For those without network TV access, or those abroad, there will be free options to watch on YouTube or any major news site. Sites like The New York Times or CNN will also let you follow along live online with handy election results maps.

The key thing to watch for close states are when they start breaking down where votes are coming from. In a close state like Florida, rural areas are expected to go for Trump in a landslide while urban areas are likely to go for Biden. Any respectable media outlet will have an expert explaining how each county’s turnout will affect the overall race. That’s what you want to be paying attention to as the vote is counted.

Otherwise, get some snacks, and get your bathroom breaks in before the top and bottom of the hour, as that’s when most projections usually come. Although this year, you might need to wait a few days for several states.

Georgia has warned that it may take several days to count mail-in ballots, but contrary to the odds, polls currently favor Biden. If Georgia gives any indication on election night that this race is close, or even goes for Biden early, this could be a landslide for the Democrats.

Florida, on the other hand, might actually report all of their votes on election night, as they’ve been allowed to start processing mail-in ballots early. The polls again favor Biden here. If you add the 29 electoral votes to his column, he only needs 27 more to win election. That’s not guaranteed to happen at all of course, but Florida will be the first major state to watch carefully on election night.

Early votes will be reported first, likely favoring Biden. Then Trump plays catchup with votes cast on election day being tallied. The odds have Trump as a heavy favorite, but the polls only have him as a slight favorite. Needless to say, he needs to win Ohio to have much of a shot at winning the night. If Biden takes it, or any of the previous three states, this election is close to over.

North Carolina is the closest state in the odds, and after Florida is the next important state for election night viewing. Election officials promise 98% of ballots will be counted on the night of November 3, meaning these 15 electoral votes will likely be called the same night, and giving a huge indicator of who the next President will be. Trump needs all of these votes to survive.

On the other hand, assuming Georgia needs a few days to count votes, if Biden can take Florida, Ohio and North Carolina early, that gives him 62 electoral votes, more than enough to be the next President. That’s a huge if, though.

Pennsylvania is expected to be the decision maker, but it may not happen on election night. The state can’t count mail ballots until after election day, and reporting suggests that will be nearly half the votes. With most of those mail ballots being requested by Democrats, early returns are expected to favor Trump, possibly giving him reason to claim the state early. If all the votes are counted though, Biden is favored slightly by both the odds and the polls to win.

Texas doesn’t allow as much mail ballots as other states, suggesting they’ll likely be able to report their results pretty quickly. Trump is heavily favored in the odds, but Biden is within 3% in the polls. Expect Texas to go Trump, but if it goes Biden, throw all of your money on Biden for the rest of the night and don’t regret it.

Like Georgia and Pennsylvania, the Michigan vote could take longer and early votes could favor Trump. The odds and the polls, however, suggest a comfortable Biden win. If you see live odds start to favor Trump and have any faith in the judicial system, it might be worth a couple of bucks in Biden.

Wisconsin has suggested the result should be known by election night, or at worst, by the early hours of the next day. The odds and polls both heavily favor Biden, so if Trump has done well so far in the night and this state starts to lean red, the Biden camp will be very uncomfortable.

Officials are unwilling to predict how quickly they’ll count the votes in the Copper State, but early vote processing has been allowed and should favor Biden. He’s slightly favored in both the odds and the polls. If Wisconsin is looking like it might go back into Trump’s column, and Biden hasn’t turned any of Trump’s 2016 wins blue, this race could be decided in Trump’s favor right here.

This is the first state in our list that Hillary Clinton won in 2016, and Biden is heavily favored in both the polls and the odds now too. The state expects to report results latest by noon on Wednesday.

We only have a couple of states left here at the end of 9:00p ET, but let’s take a look at the math. For Trump to win the presidency, he must win the five states above where he’s favored in this list, plus rob 16 electoral votes from somewhere like Michigan or Pennsylvania to even have a shot. In other words, if Biden takes any of the five above states, the election is already over, and Biden is favored in five states.

Biden is again heavily favored to win Nevada, just as Clinton did in 2016. He leads in the polls and the odds. The state can’t say either way how many votes they’ll have counted by noon on Wednesday.

Iowa is the closest state in the polls, if not the odds. Trump is slightly favored to win by Bodog, but Biden has a 0.1% lead in polling. Iowa brags they will have results “in a timely fashion,” which wasn’t the case when they needed 3 days to decide the 2020 Democratic Caucuses, but sure Iowa.

The rest of the night…

…should go as expected, with Biden winning states like California at 11:00p, and Trump winning Alaska at Midnight.

But as I mentioned above in our Minnesota section, Trump needs 8 of the above 12 states to secure election, and he can’t really do it without either Michigan or Pennsylvania. Of the 194 electoral votes to watch, Biden is favored to win 72 by all measures, and Trump needs to take 16 of those blue leaning votes away from him somehow to have a chance. He could do that by stealing a single state like Pennsylvania, or by a handful of states like Arizona and Wisconsin, where he’s further behind in the odds. But that’s assuming he holds onto all the Trump leaning states, many of which are flirting with going for Biden.

Even if the odds for the end result aren’t leaning the way polls suggest they should, it’s pretty clear looking at the state by state polls that Biden is a heavy favorite to win here. Trump needs to do something unexpected to win, and the only way to suggest he will is to expect a repeat of 2016, when all the polls seemed to be wrong.