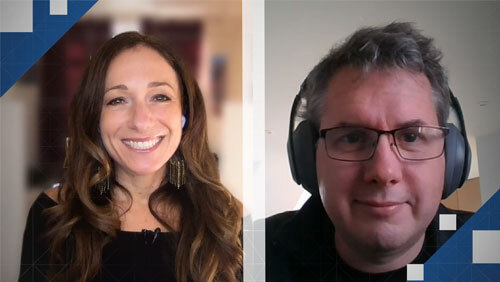 The 2020 U.S. election is looking to be one of the biggest moments in gambling we’ve ever seen, and there’s just a handful of people suited to give expert advice on how to interpret it for wagering. Thankfully, one of those people is Matthew Shaddick, Head of Political Betting at GVC, and he joined our Becky Liggero Fontana to discuss what to expect.

Shaddick didn’t start in politics betting, but he’s got a perfect background for it. I did my academic background in politics; I did my undergraduate degree in political science,” he told Liggero Fontana. “I joined Ladbrokes initially because I was kind of horse rating, that was my main motivation at the time. And around then, sort of 12, 15 years ago, political betting was a sort of PR-led novelty exercise, and the guy who did it before left, and I said, I’ll give this a go, be a fun hobby in my spare time. Pretty quickly became sort of all-encompassing, my full-time job for best part of a decade now. We’ve been lucky, we’re living through kind of interesting times.”

We’ve been hearing for a couple of weeks that this would be a huge election for betting; Shaddick explained why that is. “Well it’s great because it’s pretty simple, right? You don’t have to be a political expert to understand it’s a two-horse race, either Biden or Trump is going to win, not like let’s say complicated parliamentary systems like we have in Europe, especially the U.K., Germany and so on, where even saying who wins this election is not necessarily an easy question to answer.”

But there’s something particularly spicy about this election. “Also it’s made to do with Trump, let’s be honest,” he added. “He’s just such a massive news story worldwide, almost everyone’s got a strong opinion in one way or the other, and I think that’s what’s really driving this to be the biggest political betting event we’ve ever seen.”

When asked how GVC will settle bets in the case of a contested election, Shaddick noted that he hopes there’s enough to call the election by the next day. But if that isn’t the case, the world will have to follow all of the fallout that could come from a few close races, for which we have a great precedent. “A bit like let’s say 2000; we didn’t have a result in that election for many, many weeks until after the actual polling day.”

Shaddick was happy to offer some wagering advice, noting that heavy wagering on Trump has kept the odds closer than the polls suggest it should be. That makes Biden, even though he’s a heavy favorite, a great bet if you find the right markets, and maybe the right states. “I’d be backing Biden to win states like Florida, North Carolina, maybe even Georgia and Texas.” He explained that the odds have these states as dead-heats, but polls suggest, particularly in Florida, that Biden has been ahead for a while now.

Unfortunately for political betting enthusiasts, there just aren’t that many markets on elections in other parts of the world. Shaddick said the information available for them just isn’t of a high enough quality, but he did reveal what he hopes to see in the future. “Just from a purely selfish betting point of view, perhaps another Scottish independence referendum, because that was huge first time round and I think it would be again outstanding.”

In the full interview, Shaddick goes on to explain why sportsbooks are praying for a huge Biden win, and why it’s unlikely that political punters could be upsold to other products. Watch the whole video, and don’t forget to subscribe to the CalvinAyre.com YouTube channel.