The final weeks leading into the U.S. Presidential election may be focused on the one thing that appears to be out of either of the candidates’ control. As Presidential Donald Trump and Vice President Joe Biden make their closing cases to the country, Covid-19 has caused a new spike in infections throughout the country, sidetracking most other topics and keeping the odds fixed in Biden’s favor. 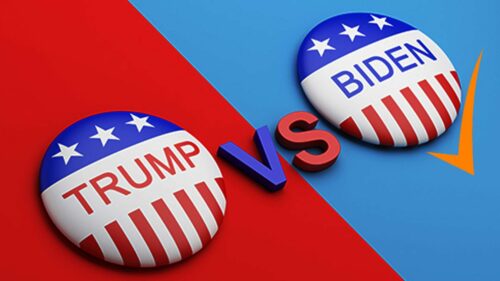 While Donald Trump has told the country that the pandemic is nearly over, Americans will likely see a very different story from the news over the next two weeks. On October 24, the country recorded a new single day record for infections in a single day at 83,000. Most states in the country are setting record highs, forcing Texas Governor and Trump ally Greg Abbott to request military hospitals to help ease the burden on local healthcare options.

Dr. Anthony Fauci is worried that this is a bad sign for the direction the country is going in. “That is a precarious place to be for a number of reasons,” he said. While so many states are seeing spikes in infections, he explains that this would “in fact leading to increases in hospitalizations, which will ultimately lead to an increase in deaths.”

When asked if the President was taking his advice, he admitted he’s been replaced. “I definitely don’t have his ear as much as Scott Atlas right now,” Fauci said.

Making matters worst of all, the White House has pretty much admitted the country can’t do anything to stop the pandemic at this point. Analysts think that could mean a sure defeat at the ballot box.

A stunning White House claim that the US cannot control the fast-worsening pandemic is overshadowing President Donald Trump's frantic last-ditch bid to turn around his reelection race with Democrat Joe Biden with eight days to go | Analysis by @StCollinson https://t.co/cdYZUntsG3

Trump has tried to change the conversation to something that benefits him, accusing Biden of trying to take away jobs in battleground states by ending fracking. Biden, who has said he wants to phase out fossil fuels, has denied these accusations, saying he’d allow fracking to continue. Democratic ally and potential 2024 Presidential Candidate Alexandria Ocasio Cortez (AOC), who’s Green New Deal is firmly against fossil fuels, says winning the White House comes first.

AOC on Biden's mixed messages about a fracking ban: "It does not bother me … I have a very strong position on fracking … however, that is my view … It will be a privilege to lobby him should we win the White House, but we need to focus on winning the White House first." pic.twitter.com/U9NxHXBC9g

None of this helps Trump, and neither did his debate performance on Thursday. While some states might have gotten tighter in the polls, Joe Biden’s odds have improved overall since that debate. Bodog now has Biden up to -190 odds (65.6% chance to win), with Trump now slumping to +145 (40.8%). That’s a 2-point swing in the percentages since we last looked, shortly after the debate ended.